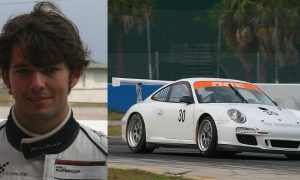 TUNIS, Tunisia (AP) — A Tunisian passenger train smashed into a semi-trailer truck southwest of the capital early Tuesday morning, killing 17 people and injuring a further 70, according to authorities.

Interior Ministry spokesman Mohammed Ali Aroui said the truck was racing to get across the tracks when it was hit by the speeding train at 6:30 a.m. outside the town of Fahs, 60 kilometers (37 miles) southwest of the capital, Tunis.

The impact derailed the first two carriages of the train ejecting a large number of passengers, said Mongi Kadhi, an official with emergency services, adding that at least 20 ambulances were mobilized to evacuate the dead and wounded to the three closest hospitals while the victims were extracted from the wreckage.

The ministers of transportation, interior and health all visited the site of the accident, which has been linked to excess speeds by both the truck and the train.