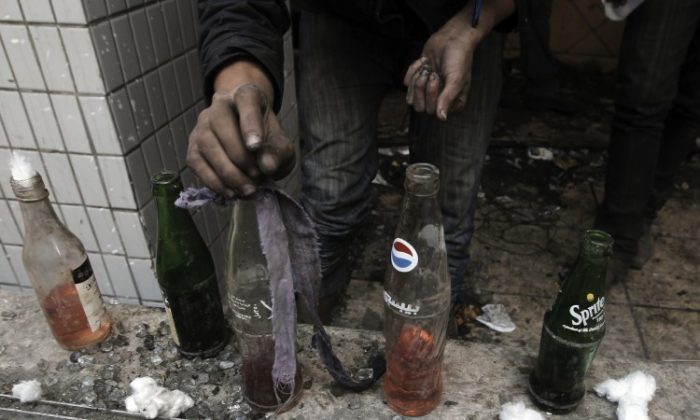 A children’s magazine in Tunisia will be sued by the government for publishing a step-by-step set of instructions on how to make a Molotov cocktail.

“[A] Molotov cocktail – is a home-made incendiary weapon which consists of a glass bottle and a folded cloth dipped in a flammable liquid – oil, alcohol, petrol,” reads the article, published in the publication, the “Qawz Quzah,” which means Rainbow,” according to Al Arabiya television. The Arabic magazine is for children aged 5 to 15.

It included an illustration and instruction on how to make the bomb in the “Knowledge Corner” of the magazine, which is very popular among Tunisian children, mostly boys.

“(A Molotov cocktail) is an improvised weapon that is often used in riots and acts of sabotage because it is easy to make and use,” it read, according to NBC News.

Tunisia was the first country to overthrow its leader, Zine El Abidine Ben Ali, during the Arab Spring unrest to sweep over the Middle East and North Africa last year.

The publication of the controversial how-to article did not bode well with the Tunisian government. According to NBC, it announced it would prosecute the magazine.

“No one knows why such an article was published. It is a kids’ magazine, so I don’t think there are political intentions behind it,” journalist Rabii Kalbous of Tunis told the broadcaster.

He added that the Tunisian government might not be “really aware of the impact these things have on children, especially if they are regular readers of the magazine.”