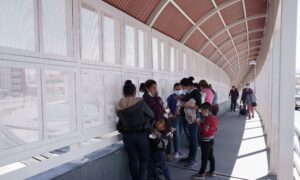 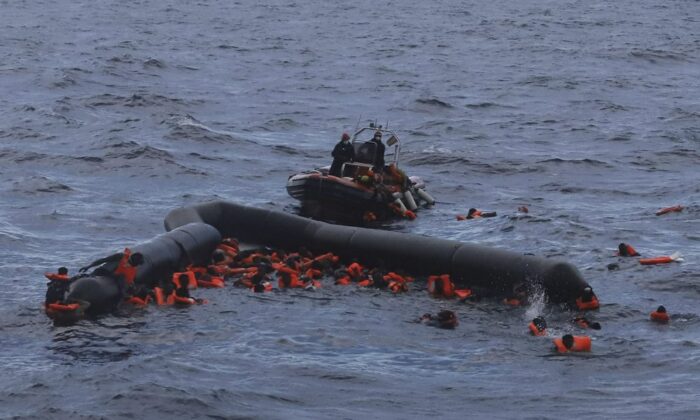 Refugees and migrants are rescued by members of the Spanish NGO Proactiva Open Arms, after leaving Libya trying to reach European soil aboard an overcrowded rubber boat in the Mediterranean sea. On Dec. 24, 2020. (AP Photo/file/Sergi Camara)
Africa

TUNIS, Tunisia—Navy divers recovered another body on Saturday from a migrant boat that floundered and sunk off the coast of eastern Tunisia, bringing to 22 the number of known dead, including nine women and a baby, as police searched for the smuggler.

An estimated 40 people were aboard the boat which sank Friday off the coast of Sfax in the Mediterranean Sea and the search for the missing continued, according to Ali Ayari, spokesman for the port city’s National Guard.

Also sought is a Tunisian said to have been the main smuggler and two others from sub-Saharan Africa, Ayari told The Associated Press. A Tunisian middleman has been arrested, he added.

“The boat took on water shortly after leaving the Sidi Monsour beach, near Sfax, which leads one to think the migrants were (victims) of a scam,” Ayari said.

The craft was allegedly headed to Italy, a main destination for migrants taking to the Mediterranean from this North African country.

On March 9, two boats ran aground in the same area, killing 39 people with 165 others rescued. Most people aboard were from sub-Saharan Africa.