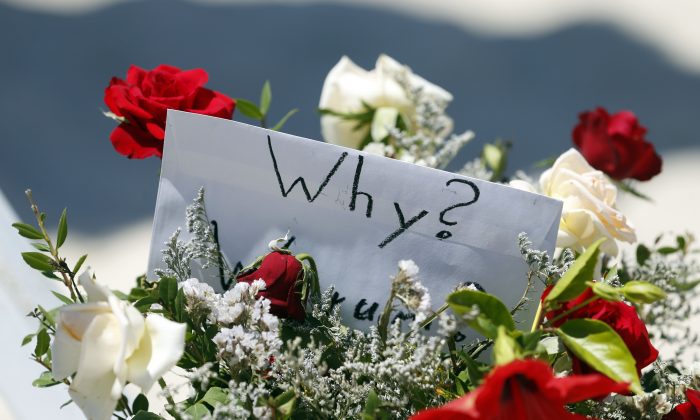 Flowers at the scene of the shooting in Sousse, Tunisia, Saturday, June 27, 2015. The morning after a lone gunman killed tens of people at a beach resort in Tunisia, busloads of tourists are heading to the nearby Enfidha-Hammamet airport hoping to return to their home countries. (AP Photo/Darko Vojinovic)
Africa

TUNIS, Tunisia— Tunisia’s prime minister insisted Friday that his country has done “everything in our power” to protect foreign tourists, as the British government urged travelers to flee because of the threat of more attacks.

Britain on Thursday called for all U.K. tourists to leave Tunisia because a terrorist attack is “highly likely,” saying the North African country hasn’t done enough to enhance security. There were 30 British tourists among the 38 victims killed by an Islamic extremist at a Tunisian beach resort last month.

The decision is a new wound for Tunisia’s struggling tourism industry and for Tunisia’s reputation as it tries to solidify its new democracy in a volatile region. Another attack, on the National Bardo Museum in Tunis in March, left 22 dead, mostly foreign tourists.

Tunisian Prime Minister Habib Essid said early Friday that his government would help evacuate British citizens and that he would speak to British counterpart David Cameron later in the day about repercussions of the decision.

“We did everything in our power to protect (British) citizens and their interests, as well as those of all other countries,” Essid told lawmakers during a debate on security.

Hundreds of thousands of Britons visit Tunisia each year. Many left after the Sousse attack, but some 3,000 are still in Tunisia.

Travel company Thomas Cook, which has about 2,000 British customers in Tunisia, said it would add an extra flight Friday to bring Britons home, and will be bringing customers back on its 10 scheduled flights this weekend and use other airlines if needed.

The head of the Islamist party Ennahda’s group in parliament, Noureddine Bhiri, called the British decision “manifestly damaging to Tunisia and its democratic process.”

The Tunisian Parliament is debating counter-terrorism legislation that rights groups say would threaten hard-won freedoms. The government says its compatriots must allow limits on some freedoms to ensure their security amid increasing threats from the Islamic State group and extremists in neighboring Libya.

The prime minister said his government has carried out 7,000 security operations since the museum killing, arresting 1,000 people, preventing attacks and stopping 15,000 young people from traveling to fight jihad abroad.

Essid admitted “shortcomings” in the government’s security efforts but says authorities are working to remedy them.

“The security situation remains fragile, and terrorist threats still exist,” he said. “Our country is going through a delicate situation, and is in danger.”