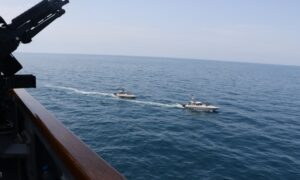 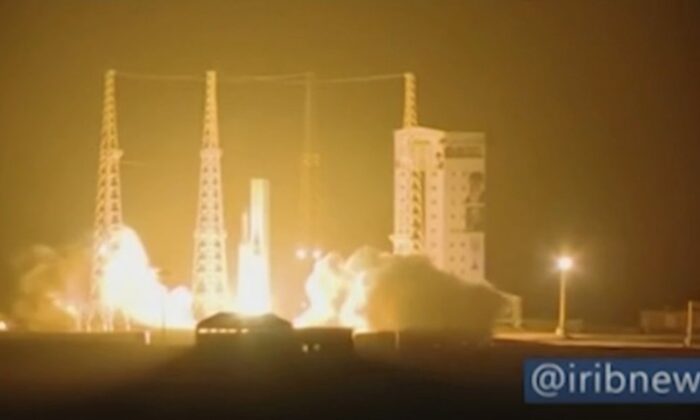 An Iranian rocket carrying a satellite is launched from Imam Khomeini Spaceport in Iran's Semnan province, some 145 miles southeast of Iran's capital, Tehran, on Feb. 9, 2020. (IRIB via AP)
National Security

The head of the newly-minted U.S. Space Force has mocked Iran’s claim to have launched a reconnaissance satellite, calling it a “tumbling webcam in space” in a message on Twitter underscored with the hashtag “space is hard.”

Following several failed launches of what it said were civilian-use satellites in recent months, Iran’s Revolutionary Guards claimed on April 21 to have successfully launched a military reconnaissance satellite called NOUR.

The Pentagon did not clarify at the time whether the launch was fully successful, other than to say that a missile had gone “a very long way.”

Prominent tracking systems are now showing a new satellite they have identified as NOUR.

According to NASA, Cubesat is a class of modular research nanosatellites, with standard four-inch cube units. With three of these units, the Iranian satellite would be 1 foot long, weighing around 9 pounds.

At first blush, the Raymond’s lighthearted mockery might appear to be out of step with the State Department’s heavy-duty warnings about the launch.

However, it is not the satellite in space that concerns U.S. officials, but the missile technology used to get it there.

That technology could potentially be converted for use in long-range ballistic missiles.

The United States takes the position that such satellite launches are in defiance of a U.N. Security Council resolution that restricts Iran’s development of ballistic missiles capable of delivering nuclear weapons.

Senate Foreign Relations Committee Chairman Jim Risch (R-Idaho) said in a statement that the satellite launch “showcases a potential path to an intercontinental ballistic missile and highlights the weaknesses of the ‘Joint Comprehensive Plan of Action’ or JCPOA, a 2015 agreement signed between Iran and six world powers.”

Previous attempts to launch satellites into space were carried out in the name of the Iranian space agency. The launch of the military satellite, however, was explicitly carried out by the Iranian Revolutionary Guard Corps (IRGC), which the United States designates as a terrorist organization.

This point was picked up by Secretary of State Mike Pompeo shortly after the launch. “The Iranians have consistently said that these missile programs were disconnected from their military, that these were purely commercial enterprises. I think today’s launch proves what we’ve been saying all along here in the United States,” he told reporters on April 22. “The IRGC, a designated terrorist organization, launched a missile today.”

“I think every nation has an obligation to go to the United Nations and evaluate whether this missile launch was consistent with that Security Council resolution. I don’t think it remotely is,” he said.