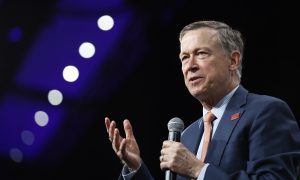 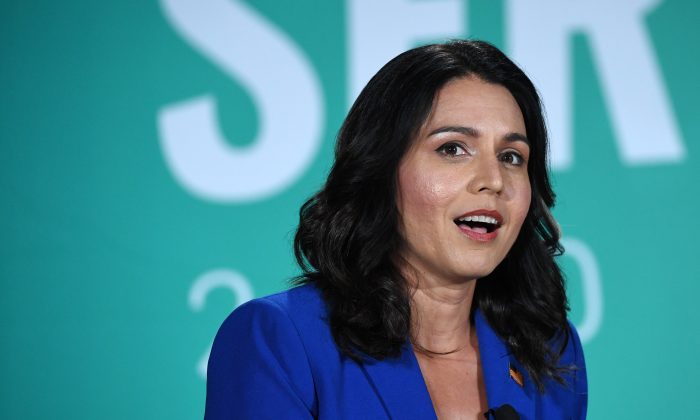 Addressing voters’ concerns on Aug. 31 that she may pull out of the race for the White House, the 38-year-old congresswoman said at a town hall in Atlanta: “Hell, no!”

“I started hearing from a lot of people in the media when they said, ‘OK, you didn’t make the third debate. Are you quitting?’” Gabbard said, after failing to make the lineup of 10 candidates put in place by the Democratic National Committee (DNC).

With less than 24 hours notice, over 300 people came out to our first ever Atlanta town hall last night! #TULSI2020 pic.twitter.com/oT3g4935S5

“If any of them had been listening to what I’ve been saying about what this movement is about, about why I’m running for president, and what is at stake, they would understand why we are here and why we will never quit,” she added.

Gabbard and billionaire Tom Steyer both missed a place in September’s debate after failing to meet polling requirements for an Aug. 28 deadline.

Candidates needed to get 2 percent or more support in at least four polls, with only certain polls being counted by the committee; they also needed 130,000 unique donors.

While Gabbard passed the donor threshold, she fell short by two polls, despite scoring strongly in various polls and surveys after clashing with Kamala Harris (D-Calif.) in July.

No transparency = no trust. #TULSI2020 pic.twitter.com/p90yaYzQDt

“There’s a whole bunch of different polls that have come out. The DNC has only recognized some of them as being qualifying polls for the debate,” she said.

One Night Only: For the first time of the 2020 cycle, Democratic presidential candidates will debate on one night in September. The latest @QuinnipiacPoll doesn’t give @TomSteyer the poll he needs to make the stage in Houston.

The debate, which will be hosted by ABC and Univision in Houston, will take place on Sept. 12 from from 8 p.m. to 11 p.m.

ABC previously said that 10 or fewer candidates qualifying would mean the debate would only take place on one night, instead of two.

The September debate will be the first time that some of the candidates will share the stage. The previous debates had featured double the number of contenders, including the ones held by CNN in late July, forcing the lineup of contenders to be split into two groups to debate on consecutive nights.

Gabbard targeted Harris in the CNN debate and a number of contenders went after front-runner Biden. Biden and Warren are among the pairs that haven’t appeared on stage together as of yet.

Candidates who didn’t make the cut for this month’s debates can still qualify for the next debate in October.