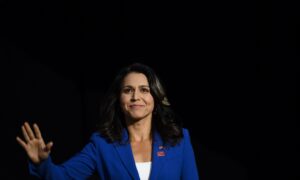 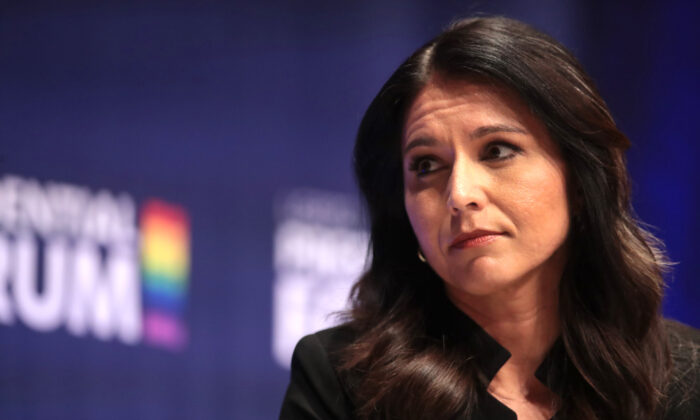 Tulsi Gabbard Says She May Boycott Next Democratic Presidential Debate

Gabbard made the announcement just days ahead of the Oct. 15 debate held in Ohio. She said she was “seriously considering” not participating because she believes the DNC and corporate media are rigging the election against voters in early voting states of Iowa, New Hampshire, South Carolina, and Nevada.

I am seriously considering boycotting October 15 debate to bring attention to DNC/corporate media’s effort to rig 2020 primary. Not against Bernie this time, but against voters in early states Iowa, New Hampshire, South… –> https://t.co/x5P3GFGbyn pic.twitter.com/UgKCj6DGI0

“They are attempting to replace the roles of voters in the early states, using polling and other arbitrary methods which are not transparent or democratic, and holding so-called debates which are not debates at all but rather commercialized reality television meant to entertain, not inform or enlighten,” Gabbard said in her statement posted Oct. 10.

“In short, the DNC and corporate media are trying to hijack the entire election process,” she added.

The Hawaii congresswoman said she is giving “serious” consideration about boycotting the next debate and will announce her decision in the next few days.

Gabbard qualified for the fourth debate after failing to meet the criteria to participate in the September debate. Twelve candidates have qualified for the October debate, which requires candidates to have a minimum of 130,000 unique donors,  400 unique donors per state in at least 20 states, and be polling at 2 percent in at least four approval polls.

The DNC has been raising the threshold, making it more challenging for candidates to qualify for the debates. To qualify for the November debate, candidates need to have at least 165,000 unique donors, a minimum of 600 unique donors per state in at least 20 states, and register at 3 percent in at least four approval polls. So far only eight candidates have qualified for the November debate. Gabbard has still not made that list.

Gabbard received support for her statement from fellow Democratic presidential hopeful, Marianne Williamson, who wrote on Twitter: “I have great respect for Tulsi for saying such inconvenient truth. She is absolutely correct.”

I have great respect for Tulsi for saying such inconvenient truth. She is absolutely correct. https://t.co/HDRV5avPMO

In August, the 38-year-old congresswoman told a group of voters that she would not drop out of the race although she didn’t qualify for the third debate.

“I started hearing from a lot of people in the media when they said, ‘OK, you didn’t make the third debate. Are you quitting?’” Gabbard said, then responded with “Hell no!”

“If any of them had been listening to what I’ve been saying about what this movement is about, about why I’m running for president, and what is at stake, they would understand why we are here and why we will never quit,” she added.

“There’s a whole bunch of different polls that have come out. The DNC has only recognized some of them as being qualifying polls for the debate,” she said.