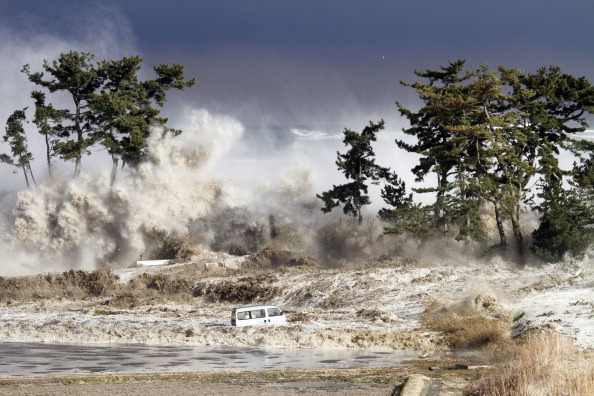 A “megathrust” quake could swamp New Zealand’s coast with a tsunami like that which killed 1600 people in Japan in 2011, according to geologists investigating a faultline they fear is waking up.

Last November, the “Kaikoura quake”, caused the strongest ever recorded ground shaking in the country.

One year on, however, and scientists are warning that the 7.8 Kaikoura quake “wasn’t the big one”, and appears to have awoken a faultline that runs under the seabed alongside the whole east coast of the north island.

Geologists say that the fault, known as the Hikarangi subduction zone, could unleash a 9.0 quake, triggering a tsunami that would arrive at the nearby coast as quickly as 7 minutes.

Like the faultline that caused the Japanese tsunami of 2016, the Hikarangi subduction zone could punch up a huge block of seafloor, creating a shockwave that would bring a devastating wall of water to the coast.

Scientists are setting out to closely track the movements of the subduction zone—where the one plate of the earth’s crust grates beneath another, creating earthquakes which kick up in sudden “upthrusts”.

“We know that the Hikurangi subduction zone can produce large earthquakes and tsunamis, and that these events have occurred in the past. However, we don’t know how often these earthquakes tend to happen, nor do we know how large they can be”.

GNS scientist Ursula Cochran told the Marlborough Express that the effects of a quake at the Hikurangi subduction zone could be devastating.

“We need to think Japan 2011 basically, because if our whole plate boundary ruptured it would be a magnitude-9 earthquake,” Cochran said.

“One thing about reflecting on from the Kaikōura earthquake is we don’t want people to think this is the big one,” Cochran said.

Kaikoura was a 7.8 quake on the north tip of the south island which killed two people, lifting some parts of the land permanently by over a meter.

The Kaikoura quake indicated that the Hikurangi subduction zone had woken up, some geologists think, said Cochran.

Earthquakes are caused by plates of the earth’s crust moving past each other.

In some places, these plates slip sideways past each other, such as the famous San Andreas fault in California. In other places, however, one whole plate moves over the top of another, known as subduction. This leads to “upthrust” quakes where whole sections of the upper plate snap back upwards after being dragged down by the lower plate.

This colossal shift of landmass turns a whole section of seafloor into a giant paddle, creating a tsunami.

“The Hikurangi subduction zone is hazardous because we know that the plates are stuck together in places and are building up stress that will be relieved in future earthquakes,” Clark told the New Zealand Herald.

“We also know that it has generated large earthquakes and tsunamis in the past. Large population centres such as Wellington, Napier, Gisborne, Nelson, Blenheim, and Palmerston North are above the Hikurangi subduction zone.

“In 1947, part of the Hikurangi subduction zone off Gisborne ruptured in a magnitude 7.2 earthquake and there was little damage from shaking as the epicentre was far offshore, but a tsunami of up to 10 m height was generated, which damaged bridges and cottages along the coast north of Gisborne,” said Clark.

The speed of a tsunami varies with the depth of the ocean. Five hundred yards deep and the speed is around 150 mph, but at a depth of 3 miles it is around 500 mph.

Clark said that a tsunami triggered by Hikurangi would arrive at the east coast within about 10 minutes. Others have estimated 7 minutes.

Experts warn that it is this small time zone for evacuation which makes an earthquake from the fault so dangerous.

San Diego State University professor Tom Rockwell said it is vital that people quickly gather their wits in such an event.

“People normally are just stunned by the fact that they went through a magnitude-9, and you’re not thinking about it when you’re on the beach that there might be something coming at them,” Rockwell said, according to the Marlborough Express.

Official advice from the government warns people to act immediately if a quake is “strong or long”.

“A local source tsunami generated from an earthquake close to New Zealand can arrive at New Zealand coastal areas within minutes,” says the official advice.

“In this case, official warnings are unlikely to be issued before damaging waves arrive, so people in coastal areas need to take immediate action—if you feel an earthquake that makes it hard to stand, or lasts more than a minute—move immediately to higher ground or as far inland as possible.”