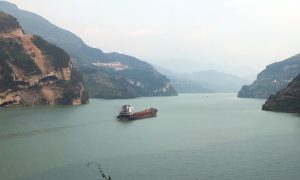 Could Dams Be Causing China’s Earthquakes?
0 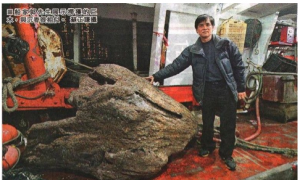 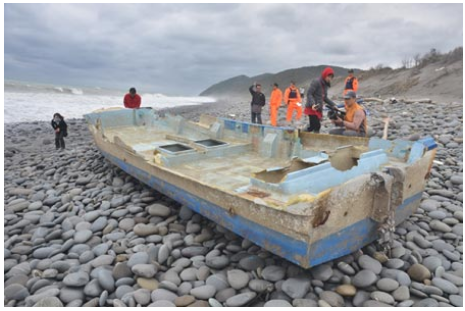 Screenshot showing a boat discovered in Taiwan three years after it was set adrift in Japan by the 2011 tsunami. (Screenshot/Want China Times)
China

A small boat has been discovered on a Taiwanese beach, after possibly traveling nearly 13,000 miles since it was cast adrift by the devastating tsunami that struck Japan in 2011.

The empty blue vessel was found upside-down in Taitung, eastern Taiwan, on Sunday. A local coast guard official named Wang Yao-tsung said that it was like “something out of a sci-fi story,” according to Taiwan News.

Wang added that he first thought the boat had been used by someone to illegally enter Taiwan. However, he contacted the army with the boat’s identification number to find out its origin, and learned that it had come from Kesennuma, Japan, one of the worst hit areas during the 2011 tsunami.

Hu Jian-hwa from National Taiwan Ocean University said there are three routes that the craft could have followed to end up about 1,670 miles away in Taiwan. He believes it could have drifted to the the United States first, Taiwan News reported.

According to Hu, the longest route would have been about 12,500 miles via the north-west U.S. coast to the equator on the California Current, and then north to Taitung on the Kuroshio Current.

The next option would be about half that distance via whirlpools in the Pacific Ocean to the equator and then following the Kuroshio Current. Alternatively, the shortest route would have been directly via the whirlpools.

Hu added that passing through the whirlpools would have slowed the boat down, and could explain why it took so long to reach Taiwan.