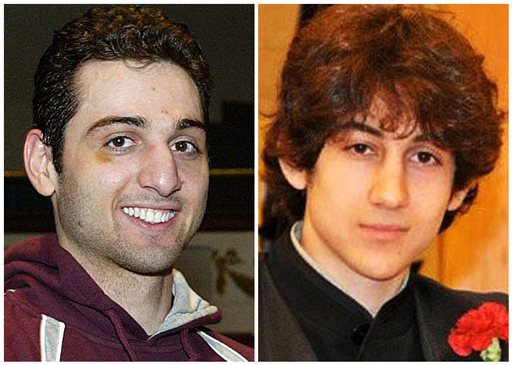 Dzhokhar Tsarnaev, the surviving brother, told interrogators that they were looking into suicide attacks on Independence Day, reported The New York Times.

An official said the duo were considering using pressure cooker bombs–the same that were used during the Boston Marathon bombings last month that killed three and wounded more than 200.

But the two finished building the bombs faster than they thought and decided to detonate them on April 15 toward the end of the marathon, he said.

Tsarnaev, 19, also said the brothers watched videos made by radical cleric Anwar al-Awlaki, who is said to have worked for al-Qaeda’s wing in Yemen. Al-Awlaki was killed by the United States in a drone strike in 2011.

The body of Tamerlan Tsarnaev, who was the subject of a massive manhunt and died after a gunbattle with police, was claimed on Thursday.

Tsarnaev’s widow, Katherine Russell, who has been living with her parents in North Kingstown, R.I., learned this week that the medical examiner was ready to release his body and wanted it released to his side of the family, her attorney Amato DeLuca said days ago.

“Of course, family members will take possession of the body,” Tsarni said. “We’ll do it. We will do it. A family is a family.”

Tsarnaev, who had appeared in surveillance photos wearing a black cap and was identified as Suspect No. 1, died days after the bombing.