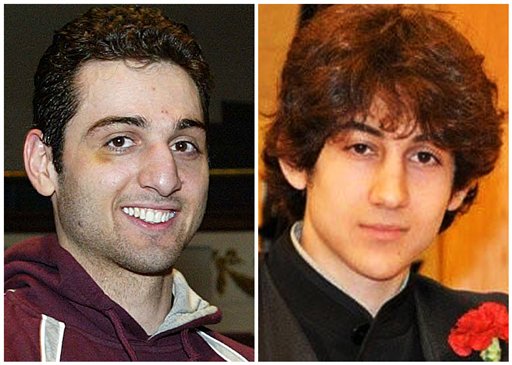 Tsarnaev $100K benefits: The family of Boston Marathon bombing suspects Tamerlan and Dzhohkar Tsarnaev received more than $100,000 in welfare benefits from the state of Massachusetts.

The Boston Herald reported that the family got cash aid, food stamps, Section 8 housing, and other benefits from 2002 to 2012.

“The breadth of the benefits the family was receiving was stunning,” a source told the paper.

The report comes as state lawmakers have launched an investigation into whether the suspects  improperly received public benefits.

The head of the House Committee on Post Audit and Oversight said Monday that the panel is reviewing more than 400 pages of documents collected from state agencies that may have provided benefits to the suspects or their families since 2002.

“This is just the beginning of an ongoing inquiry,” committee chairman David Paul Linsky said, while declining to reveal whether an initial review found any signs of impropriety.

Massachusetts has handed over more than 500 documents to the House Post Audit and Oversight Committee regarding the family’s welfare situation, reported the Herald.

He said that taxpayers have a right to know whether public funds were being used correctly or “in any way to help support the horrific, horrific events that occurred here.”

“I will assure the members of the public that this committee will actively review every single piece of information that we can find on this particular inquiry, because clearly the public has a substantial right to know what benefits, if any, this family and the individuals who are accused of some horrific, horrific crimes were receiving,” Linsky said.

On Tuesday, President Barack Obama said at a news conference that the FBI did an adequate job in handling a Russian intelligence tip regarding Tamerlan Tsarnaev. “It’s not as if the F.B.I. did nothing,” Obama said, reported The New York Times.

“They not only investigated the older brother; they interviewed the older brother. They concluded that there were no signs that he was engaging in extremist activity,” he said and added: “Based on what I’ve seen so far, the F.B.I. performed its duties. Department of Homeland Security did what it was supposed to be doing. But this is hard stuff.”