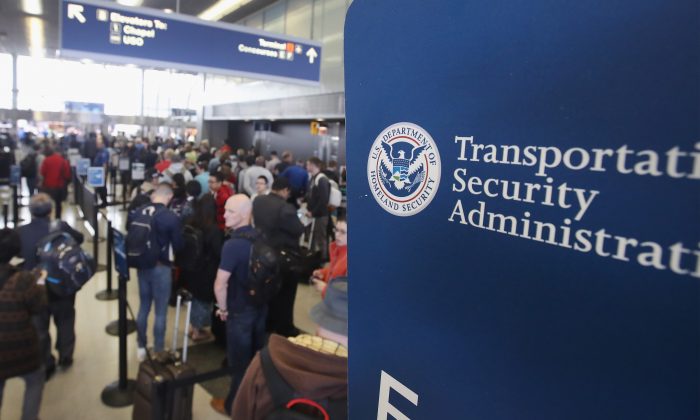 Passengers at O'Hare International Airport wait in line to be screened at a Transportation Security Administration (TSA) checkpoint on May 16, 2016 in Chicago, Illinois. (Photo by Scott Olson/Getty Images)
Crime and Incidents

MYRTLE BEACH, S.C.— Authorities in South Carolina believe an 80-year-old woman had no idea until she went through airport security that the walking cane she was attempting to take on an airplane contained a hidden sword.

Howell told reporters secret swords are not actually that uncommon a discovery for TSA screeners since people sometimes buy the canes at thrift stores without realizing there’s a sword inside.

Howell emphasized that people can’t take anything onboard that resembles a weapon, including toy guns and squishy stress balls that look like hand grenades.