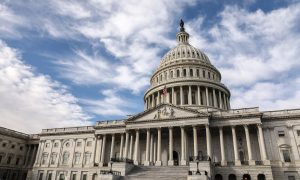 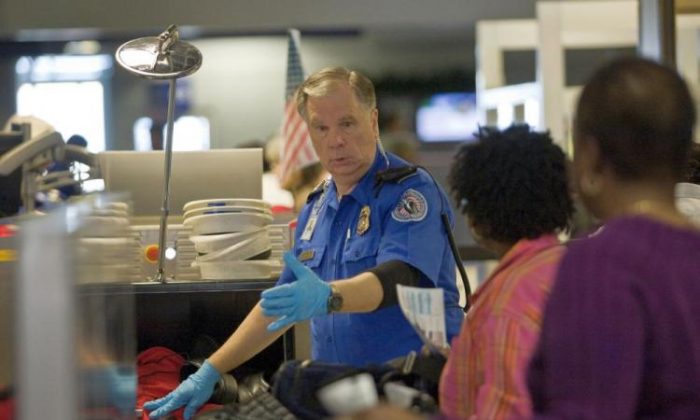 TSA Absentee Rate Still High, but Down From Sunday’s Peak

TSA officials say the rate of airport screeners missing work during the partial government shutdown has stabilized—but still at unusually high numbers—just before a three-day holiday weekend that is likely to bring bigger airport crowds.

That’s higher than the 5 percent absentee rate on the same day last year but the second-straight decline after the sick-out rate surged to 7.7 percent on Jan. 13.

A TSA official said screeners this week should have received $500 bonuses and, for some, an extra day’s pay, for working over the Christmas and New Year’s holidays.

Meanwhile, air traffic controllers who are also working without pay lost an effort to force the government to pay them. A federal judge on Jan. 15 rejected their union’s request for an immediate temporary restraining order.

The National Air Traffic Controllers Association and the Treasury Department employees’ union argued that the Trump administration is violating the Constitution and federal labor law by requiring members to work without pay. Another hearing in the case is set for Jan. 31.

The ranks of unpaid federal workers are growing. This week, the IRS said it will recall thousands of workers to handle tax returns, and the Federal Aviation Administration plans to bring 2,200 safety inspectors back to work.

The percentage of TSA officers missing work rose steadily last week but has declined slightly this week, according to the agency.

The agency said that only 4.6 percent of passengers—or about 80,000 out of 1.79 million people screened—waited 15 minutes or longer in checkpoint lines on Jan. 16.

The TSA security checkpoint and ticket counter at Terminal B in Houston’s George Bush Intercontinental Airport remained closed on Jan. 17. The checkpoint has been closed since Jan. 13 amid staffing issues associated with the partial government shutdown.

An airport tweet Jan. 17 said scheduled flights were not impacted and that passengers continue to be routed to Terminal C and/or Terminal E for check-in and security.

TSA could be facing a test by Jan. 18 of its ability to process airport crowds with fewer workers.

Last year, nearly 8 million people flew between Friday and Monday of the Martin Luther King Jr. Day holiday. While that is less than the 9 million who flew around the Memorial Day holiday, it is busier than most January weekends.

TSA Administrator David Pekoske announced last weekend that the agency would pay each officer a $500 bonus and that TSA processed pay for screeners who worked Dec. 22, the first day of the shutdown. An agency spokesman said officers should have received the money by Jan. 16.

Pekoske said he was able to make the payments “because of unique authorities provided TSA in law.” He said he hoped they would ease the financial hardship facing many of the workers. Most of them earn between $26,000 and $35,000 a year, according to a TSA spokesman.