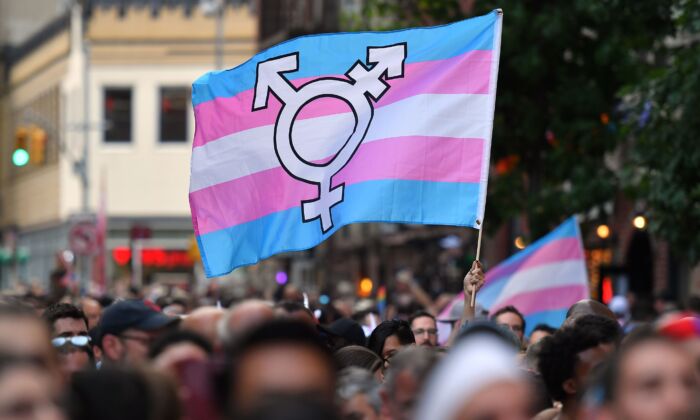 Truth Is Most Loving Response to Transgender Individuals, Say Women Who Had Gender Dysphoria

In kindergarten, Erin Brewer was a girl. But when she started first grade, she considered herself to be a boy.

“I was insistent, persistent, and consistent that I was a boy when I started first grade,” Brewer said during a panel discussion at a church in Atlanta.

“Thankfully, I lived at a time when my teachers were very concerned about the changes that happened between kindergarten and first grade. In kindergarten, I was a pretty content kid. I came into first grade, and I was aggressive. I was acting like a boy. I was insisting on being called by the name Timothy. I wanted to go into the boys’ bathrooms.”

Her teacher arranged for Brewer to see the school psychologist.

“If I were a child today, my teachers would likely affirm that and say, ‘Yes, you are, in fact, a boy.’ And they would encourage that thinking,” Brewer said. “I’m incredibly thankful to my first-grade teacher for referring me to the school psychologist, who instead of affirming that I was inherently flawed and that I was born in the wrong body, helped me to understand that I had underlying causes that made me feel this way.”

She hadn’t been born in the wrong body. Brewer had been a victim of a sexual assault that she says made her turn away from herself.

Brewer, author of the book “Parenting in a Transgender World,” has become passionate about sharing her experience, knowing that today, children with gender confusion are more likely to be affirmed.

“If I were a child today, my teacher would likely say, ‘You can go in the boys’ bathroom, and if your parents don’t agree, we won’t tell them,’” she said. “My school psychologist would likely say, ‘You are a boy, and we’re going to push you into medically transitioning. We’re going to get you on puberty blockers, which will retard your growth and development. We’re going to put you on cross-sex hormones, which, combined with the puberty blockers, will leave you permanently sterilized. And then at 12 or 13, you can go ahead and get your breasts cut off.’

“I am so thankful that I had teachers and therapists who spoke truth to me and helped me understand that I could accept myself as a girl.”

Without the truth, Brewer says that she wouldn’t have grown up and had her wonderful children.

“This is not just an innocuous thing where people are having different pronouns and changing their names. This is something that’s damaging every member of our society,” she said. “These children are being permanently sterilized. They’re being told they’re inherently flawed, and they’re not getting the help that they need. We need to fight back and stand up, not just for them, but for the kids in the classroom who are all told that a child can somehow go from being a boy to a girl and that they have to accept having boys in the girls’ locker room.”

Panelist KathyGrace Duncan is director of gender advocacy at the organization Changed Movement, which works with people who choose to leave the LGBT community and gain a Christian worldview.

Born female, Duncan decided at an early age that she was secretly a boy.

“My dad was very verbally and emotionally abusive to my mom, and at a very early age, I didn’t have the tools to look at that and say, ‘My dad’s a jerk, my mom’s a victim,’” she said. “Instead, I took away the lies that women were weak, women were hated, and women were vulnerable.”

Duncan said this cemented in her the belief that she needed to be a man, and by age 19, she was living openly as a man and took hormone medicine to make her body more masculine.

While living as a man, she was invited to a church and became a committed Christian.

“And when I [said that], the Holy Spirit blew into me,” she said.

At that moment, Duncan knew she had to go back to living as a woman.

But the healing didn’t happen overnight.

“It took about five years for me to really walk in the wholeness and understanding that being a woman is good and to get rid of the lies that I’m hated, I’m weak, and vulnerable,” Duncan said. “It’s not a sexual issue. It’s a relational issue.”

As she began to have healthier relationships and risked letting people in, she started to heal emotionally.

“I learned that being transgender was just a fruit of a deeper issue,” Duncan said. “There were unmet, legitimate needs that I was trying to get met by being a man.”

When looking at the LGBT community, we need to understand that those behaviors are the root of a deeper woundedness, according to Duncan.

“We need to look beyond what they’re doing and ask, ‘Why are you doing that? Why do you want to become a man? Why do you want to live as a woman? Why do you think that you’re gay?’ and begin to address those issues, to find that deeper thing that’s under there,” Duncan said. “It’s going back through those issues and helping them understand that there’s healing in this. That you may not be embracing what they think is the truth, but offering the truth, which is the love of the Lord, and walking out with them.”

For many with gender confusion, trauma is a significant part of their narrative, according to Jennifer Bauwens, director for the Center of Family Studies at the Family Research Council.

“So many things about gender dysphoria are actually symptoms of trauma, and if the real issues are healed and dealt with, then some of these things will go away,” Bauwens said, noting that trauma is one pathway into transgenderism, but there are others.

Duncan believes that God never saw her as a man, but he loved her just as much when she was living as a man.

“He only ever saw me as he created me,” she said.