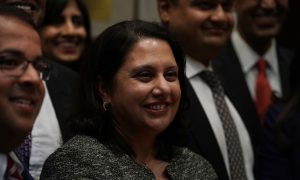 Truth and Hysteria: The Viciousness of Liberal Media

As the fog of the culture war clears from the media attack on the boys of Covington Catholic High School, some points become clear. We have witnessed a moral hysteria that took hold like a spark on dry tinder. It was a small spark, nothing but a dishonest and distorting video clip, but enough to set off a forest fire.

There was an extraordinary rush to judgment and a contagion of fake news spread by social media and the collapse of professional standards in mainstream reporting.

The spark was a tiny and bizarre hate group called the Black Hebrew Israelites (BHI), who accosted the students with a barrage of vile racial and religious slurs. More than an hour after the abuse started, Nathan Phillips, a Native American activist with a shaky relationship with the truth, approached the minors, drumming and chanting in their faces. The students chanted spirit songs from their Catholic high school in Kentucky to drown out the torrent of racist, homophobic, and bigoted verbal abuse from the BHI cult.

As one piece in Reason magazine put it, “Phillips walked away after several minutes, the Black Hebrew Israelites continued to insult the crowd, and nothing else happened.”

That was all it took.

What made it possible for such a brief and limited exchange, in which the Covington students did nothing but exercise extraordinary restraint, to be turned into a national event? As reported in our liberal media, it was a blatant expression—by the boys, no less—of racism, privilege, tribalism, and hate.

Andrew Sullivan, a long-time critic of the president, put the question raised by this performance, thusly: “How did this grotesque inversion of the truth become the central narrative for what seemed the entire class of elite journalists on Twitter? That’s the somewhat terrifying question. … Across most of the national media, led by The New York Times and The Washington Post, the narrative had been set.”

What made it possible for such an insignificant spark to set aflame such an extensive and fierce forest fire?

There are several elements to an answer to that question.

Some are structural: the increasing speed of the news cycle, tempting once-reputable media and elite journalists to cut corners rather than risk being scooped by new online news sources.

Some are ideological: the overwhelming dominance of progressive views on the part of mainstream reporters, creating a bubble of ideological conformity fed by the increasing leftist intolerance on campuses, an orthodoxy of political correctness, and militant hostility to alternative views and speakers or faculty who express them; and by the growing dominance in the Democratic Party of a leftist ideology comprising identity politics, anti-religious bigotry, growing sympathy for socialism, and more open hostility to U.S. patriotism (“American Greatness”), all endorsed and supported by corporate progressivism.

The election of President Donald Trump strengthened, but did not create, these elements. A new level of anti-democratic and anti-constitutional rage hit the streets, most notably in the form of antifa groups in Portland, Oregon, who were rioting even before the inauguration—that is, before Trump had done anything, good or bad, as president.

There was, from the start, a widespread determination among Democrats and leftists to derail this presidency, and for some, by any means necessary.

The Democrats had already adopted a strategy of ruthless personal destruction in trying to block both Robert Bork (1987, successfully) and Clarence Thomas (1991, unsuccessfully) as nominees to the Supreme Court. But the level of defamation and personal destruction reached new depths in the hearings before the confirmation of Brett Kavanaugh, when the court’s pro-abortion majority was at stake.

The Democratic attempt to derail the nomination was reinforced, this time, by increasingly extreme attempts to prevent the constitutional process itself from proceeding to its conclusion. It included even clamorous attacks on the U.S. Senate as it deliberated. By now, the demand was to disregard questions of evidence and the assumption of innocence. Instead, we were told to believe any woman who accused any man in these circumstances, however implausible and uncorroborated her testimony.

The approach, advocated by Saul Alinsky and described by Laird Wilcox as “ritual defamation,” was one of personal demonization, disregard of evidence, refusal to engage in rational argument, and single-minded focus of hostility on the individual to be destroyed.

Women themselves were not long immune from these kinds of assaults, as we see currently in the attempt, as The Wall Street Journal put it, to “kavanaugh” the president’s nominee to replace Justice Kavanaugh on the D.C. Court of Appeals. The attempt is based on articles the supposedly reputable BuzzFeed dredged up by scouring the student newspaper to which the nominee, Judge Neomi Rao, then a student herself, wrote in the 1990s.

As The Wall Street Journal’s editorial board commented, “Ms. Rao’s sins aren’t that she was inflammatory but that she is a conservative.”

The Covington hoax was an extension of these methods beyond the realm of judicial appointments and professional politicians to the demonization of a group of schoolboys from Kentucky, and one in particular who smiled at the man accosting him in a way that liberals took offense to (a “face crime” in the newspeak term of Orwell’s dystopian novel “Nineteen Eighty-Four”). The boys’ actual offense was not anything they did, but who they were—male, Catholic, pro-life, white, and, perhaps worst of all,—judging by their MAGA hats—supporters of their president.

No wonder that public trust in the media, already declining years before Trump’s election, has sunk so low. No wonder that the media responsible for this subordination of truth to an ever more closed-minded liberal narrative are suffering. Some, like BuzzFeed, Huffpost, Yahoo, AOL, and Gannett are laying off writers, editors, and other staff.

As Trump, the main villain in these developments according to those sources, wrote in a tweet: “Fake news and bad journalism have caused a big downturn. Sadly, many others will follow. The people want the Truth!”

Even moderate readers and ones critical of the president tire of seeing four or five op-ed pieces a day attacking the president, even in once-reputable newspapers like The New York Times and The Washington Post. They will look instead, to more trustworthy sources.