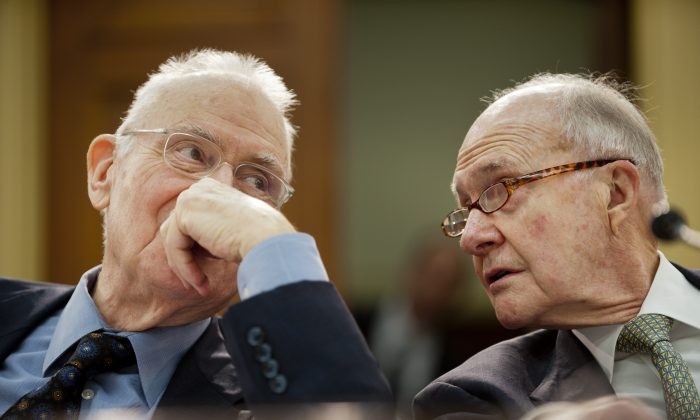 Of all the numbers thrown at us over the course of last year, one stands out for me. I hope we can avoid repeating it this year.

That number is 12. It’s the percentage of Americans in a December Quinnipiac poll who said they trust the government in Washington to do what is right most or all of the time. It’s a depressingly small number—especially compared to the 41 percent who say they “hardly ever” trust the government. This meshes with recent polls that echo a bleak truth: trust in government is at historically low levels.

That’s not all, though. Americans are feeling vulnerable and highly distrustful of both government and private sector prying. More worrisome, a few months ago an AP poll found that less than a third of Americans trust one another. The poll’s message is clear: our society is in the middle of a crisis in trust.

This might seem like a touchy-feely concern, but it’s not. Trust is essential to our political system and our way of life. The belief that people and institutions will do what they say they will do is the coin of the realm in our society. It is what allows people to work together—in their daily interactions with others and in their communities, legislatures, and Congress.

Negotiation, compromise, collegiality, and the mechanisms our complex and diverse society depends on are impossible without trust. Trust is one of the medley of virtues that has allowed our institutions to develop and prosper, along with honesty, competence, responsibility, and civility.

A breakdown in trust between Congress and the executive branch invariably brings problems: the turmoil of the Vietnam War era, Watergate, Iran-Contra, our current budget travails. A society-wide lack of trust imposes real costs. It makes the drafting of laws and their implementation extremely difficult: government becomes more expensive because it requires more emphasis on regulations and enforcement.

In fact, you could argue that we see all around us the results of our trust deficit. Government dysfunction, an economy performing below its potential, public officials’ scandals and misdeeds, trusted institutions’ willingness to skirt the law and standards of good conduct, our social safety net under attack because people mistrust recipients—all of these speak to a society struggling as trust weakens.

In Trust We Trust

Yet here’s a question. Do the polls match your experience? In my case, they do not. Trust still figures in my dealings with institutions and individuals, most of whom are good people trying to live a decent life and to be helpful to others. They deal with one another honorably and with care. I’m convinced that this is because, no matter what the polls say at the moment, the habits instilled by parents, schools, and a vast number of public and private institutions do not just disappear.

These habits include the experience of grappling with the challenges that representative democracy throws at us—and they serve as a reminder that we need trust in one another to make our national experiment in representative government work.

As idealistic or even naive as this may sound, we need to work toward more trust among our people and between people and their government. Some new laws might help, but the challenge is more basic than law can address. Higher standards of conduct at all levels of American life must become the norm. Trust may have weakened, but most of us do not see or experience a corrupt America. Even as we have become a larger, more diverse nation, a sense of community remains crucially important to make this country safe and secure for ourselves and our children.

We cannot take for granted our success at self-government over the centuries: the only invisible hand guiding and preserving our institutions is our collective will.

Events in recent years have given us plenty of reason to be distrustful. Clearly, healthy skepticism is warranted in the wake of the NSA revelations, the problems with the rollout of the Affordable Care Act, and other evidence of both government and corporate misbehavior. In the end, however, “trust but verify” is still the golden standard. Our ability to function and move forward as a society rests on trust. Think about it.