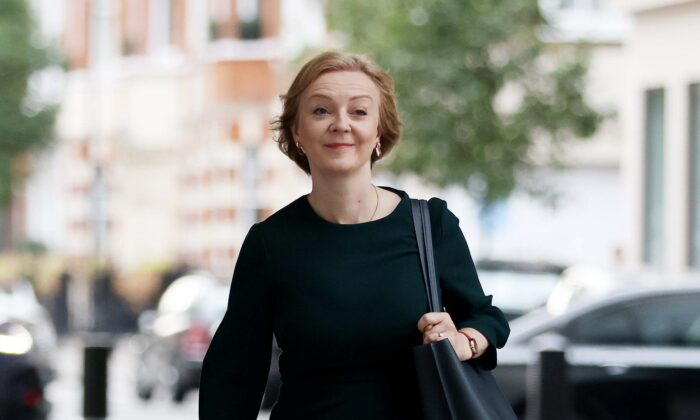 Liz Truss, the frontrunner in the race to replace Boris Johnson as UK prime minister, has said she would act on issues related to the cost of energy within one week if she becomes the new occupant of Number 10 Downing Street.

There have been ever-louder calls in recent weeks for the government to intervene to support the most vulnerable, with energy bills set to rise to around £3,500 ($4,030) this winter for the average household.

Speaking to the BBC’s “Sunday with Laura Kuenssberg,” the foreign secretary promised to act “immediately” to tackle the energy crisis if she defeats rival Rishi Sunak in the Conservative leadership contest and becomes prime minister.

“I will act if I’m elected as prime minister. I will act immediately on bills and on energy supply because I think those two things go hand in hand,” she said. “We need to deal with the immediate problem, we need to help people. We need to help businesses. But we also need to sort out the supply issues.”

Truss said she wanted to reassure voters that help is coming but indicated they would need to wait for a few days to find out what exactly such support might look like.

Pressed on what form that action would take, she said: “Before you have been elected as prime minister, you don’t have all the wherewithal to get the things done. This is why it will take a week to sort out the precise plans and make sure we are able to announce them. That is why I cannot go into details at this stage. It would be wrong.”

Her rival, former Chancellor Sunak, took a similar approach as he told the programme he could not give the “exact” pennies or pounds of support.

“I haven’t seen all the numbers and nation’s finances,” he said.

Results of the Conservative Party leadership contest will be announced on Sept. 5, when either Truss or Sunak will be named as the new party leader and prime minister.

Outgoing Prime Minister Boris Johnson and his successor will then go to Balmoral Castle in Scotland rather than Buckingham Palace for the appointment of the new prime minister, in a break from tradition.

The Queen, who is suffering from ongoing mobility issues, will receive Johnson on Sept. 6 at her Aberdeenshire home, where he will formally tender his resignation.

This will be followed by an audience with the new Tory leader, where he or she will be invited to form a government.