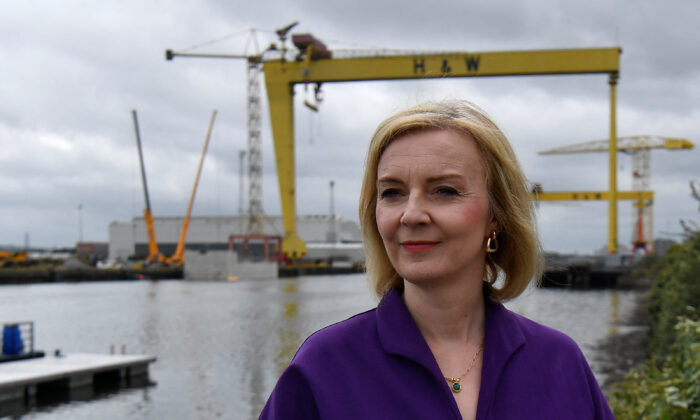 UK Foreign Secretary Liz Truss, the frontrunner to become the next prime minister, has said she will not allow “militant trade unionists” to disrupt vital public services as London’s public transport network is paralysed by strike on Friday.

Services on the vast majority of Tube lines are suspended after members of the National Union of Rail, Maritime, and Transport Workers (RMT) walked out over issues including jobs and pensions.

Writing on Twitter, Truss said: “As prime minister, I will not let our country be held to ransom by militant trade unionists.”

Earlier, she told the Daily Express newspaper: “As prime minister I’ll crack down on the debilitating strikes that cripple the vital services that hard-working people rely on.”

Her planned measures include introducing minimum service levels on critical national infrastructure to keep trains, buses, and other services running. She also plans to raise ballot thresholds to make it harder for strike action to take place across all sectors.

The Tube strike has disrupted travel across the capital, and has also led to severe traffic jams as people use road transport to try to complete their journeys.

There is also disruption to bus services in west and southwest London and parts of Surrey due to a strike on Friday and Saturday by drivers who are members of the Unite union.

Mainline train services started later than normal on Friday due to the knock-on effect of Thursday’s RMT strike at Network Rail and train operators across the country. Just 70 percent of services will run during Friday as a whole.

A further walkout on Saturday will reduce train service levels to 20 percent.

RMT general secretary Mick Lynch said he is “very sorry” that people are being inconvenienced by the strikes but defended the action, claiming London Underground workers’ pensions are at risk.

London Mayor Sadiq Khan said the 24-hour Tube strike is “incredibly frustrating,” but blamed the disruption on the government instead of the trade unions.

He told PA news agency: “The way the government is behaving, it’s almost like they’re deliberately provoking strikes across the country, not just in the transport sector but in other sectors, as a precursor for legislation to curtail the rights of trade unions to go on strike.”

Khan said he and the striking RMT union were “on the same side here.”

“Nobody wants the government to be attaching unreasonable conditions to our deal,” he added.