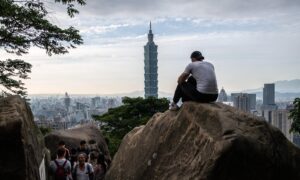 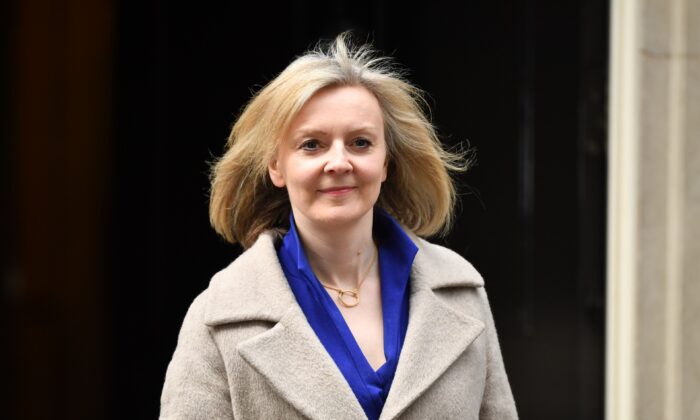 The trade deal with Australia will act as a “stepping stone” to a wider trans-Pacific accord, Secretary of State for International Trade Liz Truss said as she rejected farmers’ concerns about the agreement.

Truss said the UK is looking at parts of the world where growth is expected in the future as she defended the deal, which is forecast to add just 0.01 percent to 0.02 percent to the size of the economy. She insisted there will be opportunities for British farmers to sell produce to the new markets and “we’ve got to stop being defensive.”

On ITV’s Good Morning Britain, she was challenged about the relatively small economic benefits of the deal compared with the estimated 4 percent long-term hit to UK productivity as a result of Brexit.

“The numbers you are talking about, that is a static analysis of the world as it is now,” Truss said.

“What we are seeing is a huge rise in trade with the Asia-Pacific market.

“Australia is important in itself—we are likely to see a 30 percent increase in trade with Australia by 2030.”

She added it is “also a stepping stone to the trans-Pacific partnership which is a major deal with 11 countries in the Pacific region, population 500 million, and what we are seeing is that is a very fast-growing part of the world where there is huge demand for British goods.”

The UK wants to join the Comprehensive and Progressive Agreement for Trans-Pacific Partnership with countries including Australia, Canada, Japan, and New Zealand.

Farmers and animal welfare campaigners are concerned the deal with Australia will lead to cheaper imports undercutting British meat which is produced to higher standards.

National Farmers’ Union of England and Wales (NFU) President Minette Batters said: “We will need to know more about any provisions on animal welfare and the environment to ensure our high standards of production are not undermined by the terms of this deal.”

Chris Sherwood, the chief executive of the Royal Society for the Prevention of Cruelty to Animals (RSPCA), warned it is legal in Australia to mutilate the rear end of sheep, while chicken can be washed with chlorine and almost half of the cattle are given growth hormones.

Truss told Sky News there is a 15-year transition period before Australia has quota-free access to the UK.

“Australia mainly sell into the Asia-Pacific markets, which have much higher prices than here in the UK and Europe,” she said.

“But what the deal will also enable us to do is get more opportunities for our farmers in those markets like Vietnam, like those other markets, where there is growing demand for British beef and lamb.

“So we need to look outwards. I think we’ve got to stop being defensive and look at where the opportunities are.”

She told the BBC that hormone-injected beef remains banned from the UK and “there is virtually no trade in products like chickens because it is so far away.”

Truss added: “Australia has some very high animal welfare standards and in fact in some cases they are higher standards than many EU countries, where we already have a quota-free, tariff-free deal.”

Prime Minister Boris Johnson told MPs, “The people of this country voted for this Government to get on and deliver free trade deals around the world and I believe they were totally right.”

Johnson also described it as a “great deal” for both UK and Scotland.

In the subsequent five years, there will be safeguard measures aimed at ensuring Australian meat does not flood the market.

Details were published by Canberra but not the UK government.

Downing Street said some of the final details of the agreement are still being worked through and agreed and it will be published in full once that has happened.

The Prime Minister’s press secretary said: “It is [Johnson’s] view that this is a deal that offers opportunities for the entire country and this is something we should unite behind.”