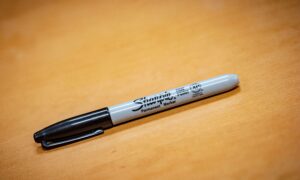 Arizona Sharpie Voter: They Are Not Counting the Ballots With Sharpies
0
Share Now
FacebookTweetParlerEmail
Copy Link 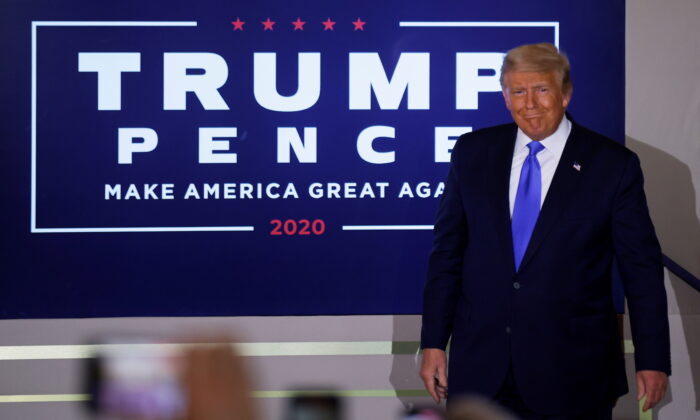 President Donald Trump arrives to speak about early results from the 2020 presidential election in the East Room of the White House in Washington on Nov. 4, 2020. (Carlos Barria/Reuters)
2020 Election

Democratic presidential nominee Joe Biden’s lead shrank to 16,952 votes after Maricopa, Apache, Navajo, and Pinal counties reported results from the tabulation of another 37,000 votes over the weekend, the Arizona Republic reported. Biden now leads with 49.5 percent of the vote, compared to Trump’s 49 percent. An automatic recount is triggered in Arizona if the margin between candidates falls to within 0.1 percent or less.

The Maricopa County Election Department said in a tweet Sunday that it would provide an update on Monday on the results of processing some 7,000 ballots.

“Our staff worked through over 7K of the ballots that needed more time including duplicating military and overseas ballots, braille ballots, large print ballots, and damaged ballots,” the agency said.

Around 70,000 ballots remain to be counted in Arizona, including some 38,000 in Maricopa County, according to the Arizona Republic.

The Trump campaign and the Republican National Committee filed a lawsuit Saturday in Arizona, calling for the manual inspection of potentially thousands of in-person Election Day ballots in metro Phoenix that they allege were mishandled by poll workers and resulted in some ballot selections being disregarded.

The legal challenge against Democratic Secretary of State Katie Hobbs centers on instances in which people are believed to have voted for more candidates than permitted.

When tabulators detect such an “overvote,” poll workers should give voters a choice to fix the problem, but the workers instead either pressed or told voters to press a button on the machine to override the error, leaving the devices to disregard the problematic ballot selections, according to the lawsuit.

The lawsuit was filed hours after the dismissal of another Arizona election lawsuit that contested the use of Sharpie markers in completing Election Day ballots in Maricopa County. Even though election officials have said voting with a Sharpie would not invalidate a ballot, many social media users in the controversy known as #Sharpiegate have claimed their ballots had been invalidated because they were told to use the markers.

Hobbs spokeswoman Sophia Solis said the secretary of state’s office is still reviewing the lawsuit, but added that the latest lawsuit “is seemingly a repackaged ‘Sharpiegate’ lawsuit.”

While the Trump campaign’s lawsuit doesn’t mention Sharpies, it does include a focus on how ink splotches on a ballot are handled by electronic tabulators and raises the possibility of overvotes.

Chanting “This isn’t over!” and “Stop the steal,” Trump supporters protested at state capitols across the country Saturday, refusing to accept defeat and echoing Trump’s allegations that the Democrats won by fraud.

At the Arizona Capitol in Phoenix, a crowd swelled to more than 1,000 within hours.

“It’s very suspicious that President Trump, with the red wave we’ve been seeing in Arizona, is struggling,” Kelli Ward, former state senator and chairwoman of the Arizona Republican Party, told pro-Trump demonstrators. “I want to know if there is any discrepancy with the numbers coming out of the machines.”