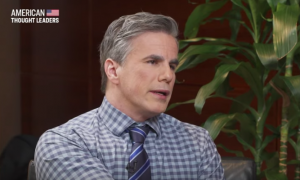 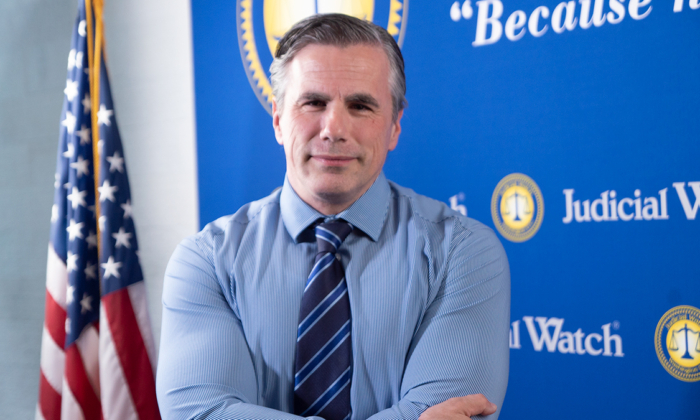 The president of a prominent conservative watchdog group is to be named by President Donald Trump to join a judicial disciplinary commission in the District of Columbia, the White House said.

Judicial Watch President Tom Fitton, whom Trump intends to appoint to the D.C. Commission on Judicial Disabilities and Tenure, told The Epoch Times that Trump’s selection sends a signal to Americans that the president is committed to the idea that no one is above the law.

“I think it’s a signal to Americans by selecting me—and given my work at Judicial Watch—that he takes this commitment to the rule of law, and the idea that no one is above the law, quite seriously.”

Judicial Watch is one of the most active Freedom of Information Act litigators in the country. The group has forced the government to release some of the most consequential records in recent years, including a range of evidence related to the Obama administration’s investigation and spying on the Trump campaign.

“I have unique experience from Judicial Watch and my other work, and I hope to aid the commissioners to think carefully about these issues,” Fitton said.

“I’m pleased by the president’s vote of confidence. You can be sure that the rule of law is going to be a priority.”

The commission meets once a month, and Fitton said he will continue to work full-time for Judicial Watch.

The Commission on Judicial Disabilities and Tenure, among other duties, investigates complaints of judicial misconduct. In serious cases, the commission can remove a judge, a decision that can only be appealed to the Supreme Court.

“It’s an important responsibility. The D.C. court system is an active one, and it’s in our nation’s capital,” Fitton said. “These are Senate-confirmed appointees that the commission provides certain oversight over. It’s a significant body in terms of administration of justice.”

Fitton will succeed Anthony Pierce, who was appointed to the commission in 2013 by President Barack Obama and whose term expired in July 2018. The commission didn’t immediately respond to a request by The Epoch Times to clarify whether Pierce has continued to serve in the absence of a replacement.

The commission received 70 judicial misconduct complaints in 2017, according to its most recent annual report. More than half were dismissed for various reasons prior to investigation. Of the remaining complaints, 31 were investigated. The most significant finding concerned Chief Judge Robert Morin and resulted in a letter to the judge and the senior judges of his court.