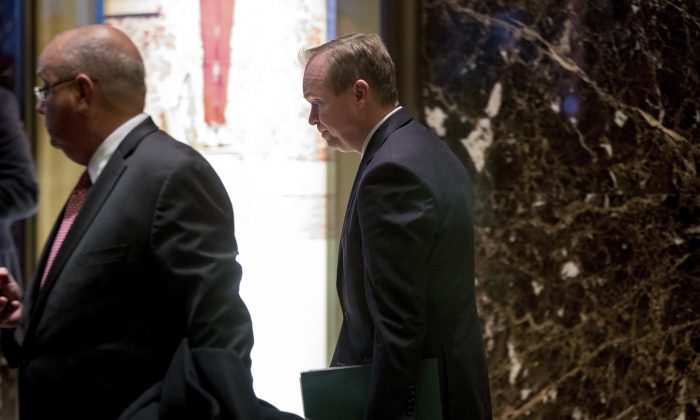 WASHINGTON—Republican Rep. Mick Mulvaney, President-elect Donald Trump’s choice as his budget director, is a fierce deficit hawk with a record of pushing deep spending cuts across the federal government to balance the budget.

The 49-year-old from South Carolina, just re-elected to a fourth term, is a co-founder of the hard-right House Freedom Caucus that pushed former Speaker John Boehner, R-Ohio, from power. As director of the White House Office of Management and Budget, Mulvaney would be responsible for Trump’s budget submissions to Congress. Those budgets are likely to address Trump’s campaign promises to repeal the Affordable Care Act, cut taxes broadly and boost spending on public works and other projects.

If confirmed by the Senate, Mulvaney would lead an office that coordinates federal regulations, putting him in charge of repeals of Obama administration rules. Trump has been critical of several of President Barack Obama’s executive orders, from those involving climate change and reining in Wall Street to protecting the children of immigrants who are in the United States illegally.

The nomination probably will soothe fiscal conservatives but could put Mulvaney at odds with Trump, who has pledged additional spending for transportation, military and veterans’ health care without offering little details on how to pay for it. Trump has previously suggested that the government should take on new debt for many of the spending projects because interest rates are so low.

In a statement, Trump commended Mulvaney’s strong voice in Congress who will get America’s fiscal house in order.

“Right now we are nearly $20 trillion in debt, but Mick is a very high-energy leader with deep convictions for how to responsibly manage our nation’s finances and save our country from drowning in red ink,” Trump said.

Mulvaney said he looked forward to working with Congress to create policies that will be “friendly to American workers and businesses.”

“The Trump administration will restore budgetary and fiscal sanity back in Washington after eight years of an out-of-control, tax and spend financial agenda,” he said.

House Democratic leader Nancy Pelosi of California called Mulvaney a “radical” who consistently voted to cut Medicare benefits. She noted that he was supporter of a government shutdown in 2013 and 2015 over spending that Republicans opposed for the health care law and Planned Parenthood.

“We cannot have an OMB director who sees inflicting pain on working families as leverage for his radical agenda,” Pelosi said.

Mulvaney was elected in the 2010 tea party wave. He defeated Democratic Rep. John Spratt, who had been chairman of the House Budget Committee, by branding him as a big-spending liberal.

Mulvaney quickly came to oppose Boehner’s leadership before Boehner was pushed out in 2015. In 2013, Mulvaney declined to support Boehner’s re-election to the post. That year, Mulvaney unsuccessfully pushed for amendments to reduce Pentagon funding and proposed broad across-the-board federal cuts, including for the military.

He was an early backer of Trump during the presidential campaign, noting that the Republican billionaire had tapped into a populist sentiment dissatisfied with Washington.

“If you want to know, members of Congress, why you have Donald Trump, go look in the mirror, because we’ve over-promised and under-delivered for so long,” Mulvaney said in February.

Actually balancing the federal budget requires deeper spending cuts than the GOP-controlled Congress can probably deliver on, especially if Trump prevails on revenue-losing tax cuts and a big infrastructure package next year.

On Saturday, Ryan praised Mulvaney as the “absolute right choice” for budget director.

A law graduate from the University of North Carolina at Chapel Hill, Mulvaney started a small homebuilding company and owned and operated his own restaurant before entering politics.