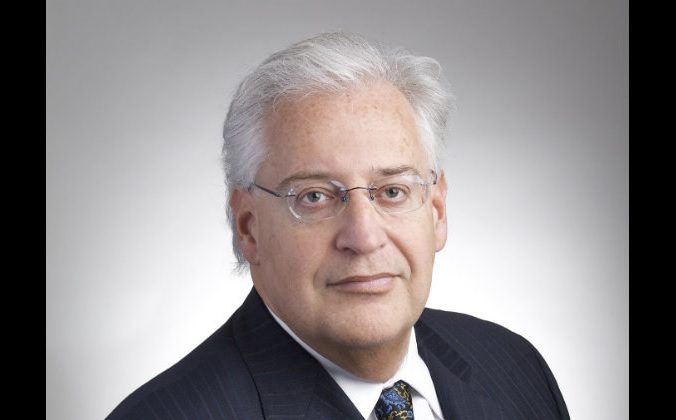 NEW YORK—If President-elect Donald Trump wanted to show he planned to obliterate President Barack Obama’s approach to Israel, he might have found his man to deliver that message in David Friedman, his pick for U.S. ambassador.

The bankruptcy lawyer and son of an Orthodox rabbi is everything Obama is not: a fervent supporter of Israeli settlements, opponent of Palestinian statehood, and unrelenting defender of Israel’s government. Many Israel supporters worry Friedman could push Israel’s hawkish Prime Minister Benjamin Netanyahu to be more extreme, scuttling prospects for peace with Palestinians in the process.

The heated debate over Friedman’s selection is playing out just as fresh tensions erupt between the United States and Israel.

In a stunning decision Friday, the Obama administration moved to allow the U.N. Security Council to pass a resolution condemning Israeli settlements as illegal. The move to abstain, rather than veto, defied years of U.S. tradition of shielding Israel from such resolutions, and elicited condemnation from Israel, lawmakers of both parties, and especially Trump.

“Things will be different after Jan. 20th,” when he’s sworn in, Trump vowed on Twitter.

Presidents of both parties have long called for a two-state solution that envisions eventual Palestinian statehood, and Netanyahu says he agrees. Friedman, who still must be confirmed by the Senate, does not. He’s called the two-state solution a mere “narrative” that must end.

Under Obama, the U.S. has worked closely with J Street, a controversial advocacy group funded in part by George Soros. Friedman accuses Obama of “blatant anti-Semitism” and calls J Street “worse than kapos,” a reference to Jews who helped the Nazis imprison fellow Jews during the Holocaust.

For decades, the United States has opposed Israeli settlement-building in lands it seized in the 1967 Mideast war. Friedman runs a nonprofit that raises millions of dollars for Beit El, a settlement of religious nationalists near Ramallah. Beit El runs a right-wing news outlet and a yeshiva whose dean has provocatively urged Israeli soldiers to refuse orders to uproot settlers from their homes.

So it’s unsurprising that Friedman’s nomination has already sharpened a growing balkanization of American Jews, between those who want the United States to advocate for a two-state solution and those who believe Obama’s approach abandoned America’s closest Mideast ally.

It’s a debate playing out even at Temple Hillel, near the Long Island-Queens border, where Friedman’s father was rabbi for almost half a century.

Thirty-two years before Trump’s election, President Ronald Reagan donned a yarmulke and noshed on chicken cutlets and noodle pudding at Rabbi Morris Friedman’s home, after a speech at Temple Hillel affirming the separation between church and state. Coming just two weeks before Reagan’s re-election, the attempt to woo Jewish voters struck some as opportunistic, and they protested on the streets of the heavily Jewish town of North Woodmere.

Seated at the Sabbath table with Reagan was David Melech Friedman—his middle name means “king” in Hebrew. The rabbi’s son went on to become Trump’s bankruptcy lawyer, an advocate for conservative policies on Israel, and now, Trump’s choice for ambassador, despite having no diplomatic experience.

“He still has the same best friends he’s had for over 30 years,” Grosz said.

At his midtown Manhattan law firm, Friedman opens his offices to those in mourning who need a minyan—a quorum of 10 men in Orthodox Judaism—to say the Mourner’s Kaddish, a prayer that observant Jews say daily for one year after a parent’s death.

And it was a parent’s death, in a way, that brought Friedman and Trump closer together. Over the years, Friedman has told friends the story of how the billionaire real estate mogul defied an oppressive snowstorm that had kept others away to “sit shiva” for Friedman’s father during the Jewish mourning period.

Educated at Columbia University and NYU School of Law, Friedman developed a reputation as an aggressive, high-stakes bankruptcy attorney, representing Trump when his Atlantic City casinos went through bankruptcy.

In the courtroom, he’s known as a formidable opponent, said attorney Tariq Mundiya, Friedman’s adversary in several cases. He said he’d been aware of Friedman’s advocacy on Israel but added, “When you’re in the fog of war with David, the last thing you’re talking about is the Middle East.”

Enraged by Trump’s pick, left-leaning groups and Palestinian officials have suggested his confirmation could spell the end of any serious discussions about peace.