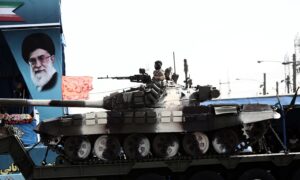 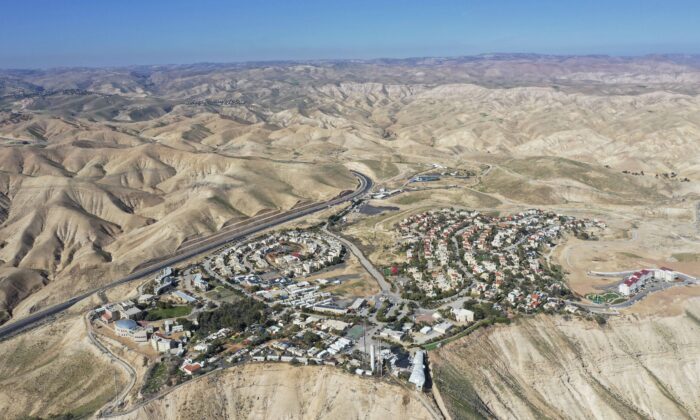 Will proposed two-state solution based on economics really work?

As every deal-maker knows, the best approach to making a deal is to know what the other side wants most and what they’re willing to do, or give up, to get it.

On Jan. 28, President Donald Trump laid out his vision for what he believes to be a workable and sustainable peace agreement between Israel and the Palestinian Authority. Presumably, Trump and the Israeli leadership believe that the Palestinians’ greatest desire is a state of their own.

That may be the case. Or, perhaps not.

If Palestinian statehood was their primary objective, then they could have had one in 1948, when the modern State of Israel was founded as part of a two-state solution. The Arabs living there at the time—they hadn’t yet taken on the mantle of “Palestinians”—preferred to wage war instead of embracing a co-existence with Israel.

Since that time to this, over 70-odd years, the lives of ordinary Palestinians have been defined by death, hardship, and deprivation. And yet every proposed Israeli–Palestinian peace agreement along the way has been based on a two-state solution. All of them have been rejected by the Palestinian leadership, now known as the Palestinian Authority (PA).

On the one hand, quite a bit. But on the other, not so much.

Perhaps predictably, Trump’s approach feels an awful lot like a real estate deal. That’s understandable; to a large extent, it is. It’s also the world in which Trump is most experienced. And no question about it, this decades-old conflict is certainly about the land. As in any real estate deal, the question of money is right at the top of the priorities list.

Not surprisingly, in Trump’s proposed “Deal of the Century,” there would be an awful lot of dollars floating about. While $50 billion was the figure tossed out, that would likely be just “first-round funding,” to use business investing terms.

But Trump’s deal also includes more land for the erstwhile Palestinian nation, made awkwardly contiguous by roads, tunnels, and bridges connecting otherwise separate locations. According to newly released maps, the proposal includes a West Bank–Gaza tunnel and highways connecting the isolated ports of Haifa and Ashdod along the Mediterranean Sea.

There are planned industrial and high-tech zones, as well new residential and agricultural zones. At first blush, it all looks so very plausible.

A Failure to Know Your Adversary

It’s always a mistake to think that your logic and values inform your adversary’s point of view as well. If that were the case, resolution would be much easier. But that’s not the reality on the ground.

One key assumption of Trump’s proposed peace deal is that the Palestinians’ desire for statehood is greater than their desire to push the Israelis into the sea. Another is that the PA would accept a Palestinian state alongside an Israeli one, just as long as it came with a lot of cash. Neither of these premises have yet to be established as factors in Palestinian thinking.

Will peace, security, and a future that doesn’t include more war appeal to most Palestinians? It’s hard to know. But for the Palestinian leadership, it’s not likely. Again, if it was, a deal would have been struck years ago.

A Blow to Palestinian Pride

Unfortunately, the plan was hatched, negotiated, and written without any Palestinian input that we’re aware of. How’s that for marginalizing the Palestinians’ voice? It’s an insult of the first magnitude.

But there are other blows to Palestinian pride that come with the Trump plan as well. For example, Jerusalem is to remain exclusively Israel’s capital, which is historically proper; it has been Israel’s capital since at least the rule of King David in 1000 B.C. Nonetheless, that won’t fly with the Palestinians.

Furthermore, the plan requires that the security of the putative Palestinian state would remain under Israeli control, which is another insult. Additionally, all routes between proposed Palestinian lands are narrow and easily cut off. In other words, Israel would remain in firm control over the Palestinians.

The Trump peace plan also faces the challenge of replacing Palestinian ideological and religious zeal with the comforts of a developed economy. Again, such an assumption presupposes that the Palestinians would be okay with living under the thumb of the Israelis as long as they get a better life doing so.

Given the official PA reaction and past history, that doesn’t seem likely. The Palestinian identity may be the biggest obstacle that any peace plan would face.

Say, for example, the PA agreed to some version of the Trump plan. What then?

Would 5 million Palestinians just move into their new territories, go to their office jobs, and become middle-class accountants with three-bedroom apartments, an Audi sedan, and a retirement plan?

Bringing any normality would involve unwinding and delegitimizing three generations of anti-Israel propaganda that they’ve pumped into their culture and now is ingrained in the Palestinian identity.

How to disavow all that and not look like a traitor to your people and your cause?

Forging a new Palestinian culture that embraces coexistence rather than conflict would most certainly require reforming their core identity. Could such an ingrained hatred for Israel ever really be desaturated from the Palestinians’ view of who and what they are?

Who Gets the Oil?

On a more basic level, to what degree would a new State of Palestine really be in control of the vast sums of money flowing in from the United States, Israel, and other Arab states? Would a well-funded new Palestine be tempted to use the money for nefarious purposes, as they have in the past?

And what about the vast Leviathan oil fields in the Eastern Mediterranean, and others, which are just off the coast of Gaza? Will Palestinians have some degree of ownership over those, which are currently under Israeli control? Or will they, like the security question, remain under the “adult supervision” of Israel?

For all the above reasons, the Palestinians aren’t likely to accept Trump’s peace plan. And they don’t have to. The Palestinian leadership knows that demographics are in their favor. They also know that the Israelis know it as well.

Israel wants to defuse the Palestinian time bomb; the PA wants to make it even more destructive. The plan is clearly an appeal to the Palestinians on the street, a bribe to reject their leadership and abandon the pledge of part of the PA, Hamas, to destroy Israel.

The negatives of the plan are many, beginning with Palestinians having been excluded in the planning phase. That’s an unlikely foundation upon which to build a new and lasting relationship.