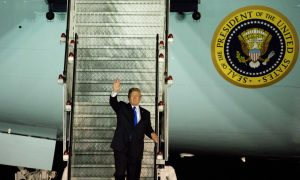 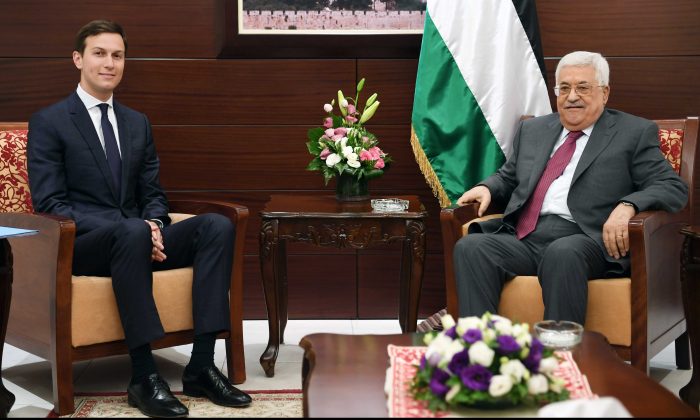 Donald Trump knows a big real estate deal when he sees it, and what bigger deal is there in the world than a Palestinian-Israeli peace plan? It’s all about land and money, so how tough could it be?

Trump’s plan was supposed to be launched June 23, but there’s a huge problem. Actually, there are several. For one, Israeli prime minister Benjamin Netanyahu failed to form a government within the legal time period after winning re-election, so there’s no Israeli government to approve the deal, regardless of what the Palestinians may or may not do.

Netanyahu now faces another election scheduled for September 17th. This fact alone undercut Trump’s peace plan debut. But even if he wins again, will he be able to form a government then? What will be different from now? Or, what if a center-left or leftist opponent beats Netanyahu in September? It’s not likely that they’d support Trump’s plan, whatever it may be.

But that’s just one issue facing Trump’s “deal of the century” as he has called it.

Even though the details of the plan have yet to be made public, the Palestinian leadership has already announced they’re against it. They view any deal that Trump puts forward as favoring Israel. They may well be correct in their assessment, echoing the statements of Secretary of State Mike Pompeo, who characterized the agreement as “biased toward Israel.” Even former American ambassador to Israel Dan Shapiro observed that “the Trump peace plan is on ice – maybe permanently.”

Is that true? Perhaps. But given the political developments in Israel, it may well be posturing, intended to pressure Israel or Trump – or both – to make changes in the plan more favorable to the Palestinian demands for land and statehood. It’s not an outrageous position, either.

In either case, Egypt’s President Abdel Fattah Saeed Hussein Khalil El-Sisi has said that he will not support any deal that is rejected by the Palestinians. Nor will he agree to ceding any land along their border to Israel. This would seem to be an acknowledgment of Netanyahu’s recent absorption of the Golan Heights into Israel with Trump’s approval.

Understandably, it may also be more of an attempt by Sisi to deflect Israeli territorial ambitions rather than solidarity with the Palestinian situation per se. Reportedly, under the Trump plan, the two-state solution has been completely abandoned. In its place is an economic package as well as some political arrangement for Palestinians that has yet to be revealed. At the rate that things are deteriorating, the complete plan may not ever see the light of day.

Still, other Arab nations, particularly Gulf states such as Saudi Arabia and Bahrain, have a different view of the plan and Palestinian aspirations. For one, they view Iran as much bigger problem. To them, the radical Islamic state is an existential threat. Therefore, containing it – and by extension, its proxy Hamas in Gaza – is their top priority. What’s more, they know the Palestinians have embraced Hamas, an Iranian-backed proxy.

In fact, they see very little benefit in backing the Palestinian cause. In a talk to Jewish groups in 2017, Saudi Prince Mohammed Bin Salman noted that, “in the last several decades the Palestinian leadership has missed one opportunity after the other and rejected all peace proposals it was given. It’s about time the Palestinians take the proposals and agree to come to the negotiating table or shut up and stop complaining.” The Israelis, after all, not the Palestinians, are assisting the Saudi Kingdom with military hardware, intelligence and security improvements against their common enemy, Iran.

Furthermore, Bahrain, which is hosting an American-led conference later this month where the economic aspects of the Trump peace plan will be presented, also regards Israel as an important security partner. That explains both nations’ potential and significant financial participation in the plan, which according to some reports, includes financial and economic considerations in the hundreds of billions of dollars. Clearly, a Palestinian state is no longer the issue it used to be. Defending themselves against Iran is their top priority.

Neither Russia nor China lose any sleep over the Palestinians’ situation. Both, however, are taking the opportunity to discredit Trump and the United States by not attending the conference and condemning the peace plan. Furthermore, Russia hopes to expand Palestinian resistance against Israel, just as Iran and China do as well.

As for China, it’s on record as supporting a two-state solution in Israel, based on 1967 borders with East Jerusalem as its capital. This arrangement is unacceptable to Israel because it would make it virtually impossible for it to defend itself. Such a position, however, does align with both Russia and China’s interests in expanding their influence in the region.

The European Union (EU), however, has not yet officially expressed a viewpoint on the Trump peace plan. That said, more than 35 former European politicians, including a few former prime ministers and foreign ministers have, like China, called for a two-state solution based on the 1967 political map. As noted above, no such agreement will ever be made by Israel.

With such an array of obstacles, antagonists and simple bad luck stacked against his signature effort in the Mideast, it seems likely that Trump will suffer a staggering foreign policy defeat. That’s exactly the outcome that the Palestinians and their political allies want to see and is what is already being projected to be the case. It’s made worse by the fact that it took over two-years to arrange by none other than Jared Kushner, Trump’s own son-in-law.

If Trump’s peace plan is dead-on-arrival, it’s certainly not the first Mideast peace plan to fail, and likely won’t be the last. But it has shown just how divided the Arab states truly are, and how weak the support for the Palestinian cause is, at least among the Gulf states. For Israel, that may prove to be the most useful outcome of all.