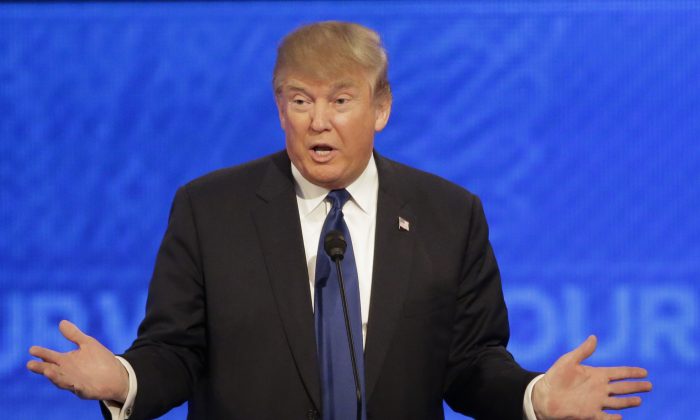 Presidential hopeful Donald Trump has hired Paul Manafort as convention manager, but his history with Israel might cause some problems for his campaign.

Manafort once lobbied in favor of Saudis against moving the U.S. embassy from Tel Aviv to Jerusalem. That move might haunt Trump, according to the Daily Beast.

We will move the American embassy to the eternal capital of the Jewish people, Jerusalem.
— Donald Trump

Trump has been unsure on whether the embassy should be located in Tel Aviv or Jerusalem. Last year, an audience of Republican Jews booed after he declined to acknowledge Jerusalem as the capital of Israel. However, in a speech at the American Israel Public Affairs Committee last month, Trump changed gears and vowed to change the location of the American embassy.

“We will move the American embassy to the eternal capital of the Jewish people, Jerusalem,” he said, according to the Daily Beast.

Bill O’Reilly in Interview With Trump: Many African-Americans ‘Are Ill-Educated and Have Tattoos’

Manafort, who helped lead the fight against Ronald Reagan’s challenge of then-President Gerald Ford at the 1976 Republican convention in Kansas City, lobbied against House and Senate legislation that would have pressured the United States to make the change in 1984.

Manafort also worked for the Saudis on other occasions. In 1985, he advised the Saudi government on American arms sales to the Saudis. He also advised on energy policy and U.S.-Saudi relations.

Meanwhile, Trump’s rival Sen. Ted Cruz has co-sponsored a bill that will pressure the U.S. government to relocate to embassy to Jerusalem.

Speaker Paul Ryan: I Won’t Try to Steal the Nomination from Trump or Ted Cruz

Manafort has accused Sen. Cruz’s campaign of strong-arming would-be delegates, however the convention manager is still confident. He said Trump was successful in selecting delegates in Michigan, and predicted the same outcome in Nevada.

“In fact, we wiped him out,” Manafort said in an NBC interview Sunday.

“And we’re going to see Ted Cruz get skunked in Nevada.”