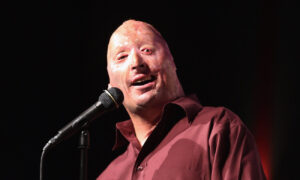 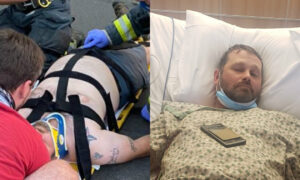 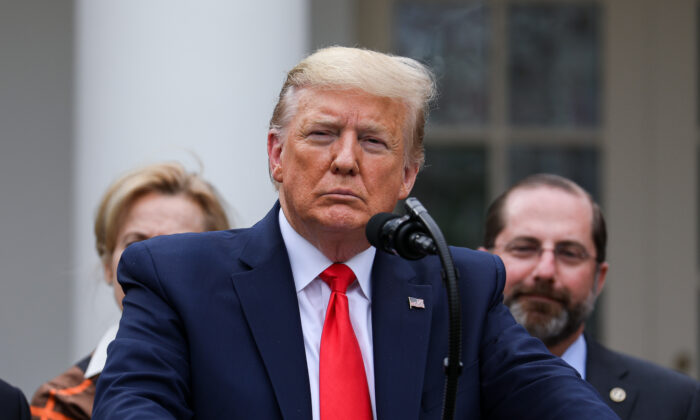 President Donald Trump, flanked by officials and business leaders, announces a national emergency with regard to the CCP virus in the White House Rose Garden in Washington on March 13, 2020. (Charlotte Cuthbertson/The Epoch Times)
AMERICA

Trump’s Net Worth Down About $600 Million in Past Year: Forbes

President Donald Trump’s net worth has reportedly declined about $600 million in the past year due to the CCP virus’s impact on industries in which he has the biggest assets, according to an analysis.

Forbes magazine, which reported on his net worth decline, estimated that “values for office buildings have plummeted.”

“Same with hotels, particularly ones in big cities. Trump has significant debt against his properties in D.C. and Chicago, both of which appear to be underwater these days. Doral, his golf resort in Miami, is worth an estimated $28 million, after accounting for its mortgages, down 80 percent in a year,” Forbes said.

It noted that some of Trump’s most prominent real estate holdings have seen significant decreases in value due to the CCP (Chinese Communist Party) virus‘s impact.

New York City’s 1290 Avenue of the Americas in building’s value is down $109 million over the past year, his 40 Wall St. property in the city is down $65 million, the Trump Tower on Fifth Ave. is down $70 million, and a number of other properties are down in value, the report noted. In the District of Columbia, Trump’s International Hotel is down approximately $66 million. Meanwhile, the Trump National Doral in Miami is down $114 million, among others.

The Trump Organization has offered no statement.

“There are some bright spots in the portfolio, including garages. Trump has about 350 parking spaces in Manhattan, a nice investment at a time when people are scared to ride the subway. He also still owns the Mar-a-Lago Club in Florida and three nearby homes—prime properties in normal times but especially now that New Yorkers are fleeing the city and driving up prices in Palm Beach,” according to Forbes.