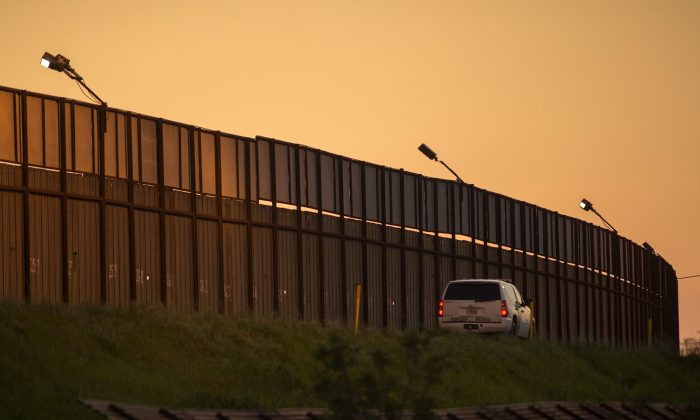 Trump’s Mexico Border Wall Would Pay For Itself, Studies Show

President Donald Trump’s signature proposal to build a wall along the southern border with Mexico will pay for itself by reducing the amount of government welfare paid to illegal immigrant households, according to several recent immigration studies cited by New York Post.

If Trump’s proposed $18-billion border wall curbed illegal border crossings by just 12 percent over the next decade, the structure would pay for itself through fiscal savings from welfare, public education, and tax refunds given to illegal immigrants from Mexico and Central America, reports by the Center for Immigration Studies show.

“The wall could pay for itself even if it only modestly reduced illegal crossings and drug smuggling,” Steven A. Camarota, director of research at the Center for Immigration Studies, told the Post.

The effectiveness of a physical barrier on the southern border is already backed by federal data. A two-story fence in El-Paso, Texas, has already cut illegal border crossings by 89 percent over the course of five years when it was built.

Trump’s taller, tougher, and more expansive wall wouldn’t have to be as effective to pay for itself. Even if the barrier prevented just 50 percent of illegal crossings, it would save American taxpayers $64 billion, more than four times the cost of the wall.

“When you look at what a wall will do in allowing us to apprehend the vast majority of those individuals that are coming across the border, it will cut down on how much the taxpayer burden will be, which then will go straight into funding the wall,” Brandon Judd, president of the National Border Patrol Council, told Fox News. “It’s a brilliant way to go about it. And that’s the business strategy that President Trump brings to the American people.”

An estimated 1.7 million illegal immigrants are expected to cross into the United States in the next decade if no wall is built, according to the Department of Homeland Security.

On average, 75 percent of the illegal crossings are by aliens from Mexico and Central America, a population that is largely poor, uneducated, and lacks English skills, according to Camarota. As a result, these illegal aliens end up working low-wage jobs and paying no taxes. If they then have U.S.-born children, the household will receive government welfare and services, including food stamps, Medicaid, and public education.

“A large share of the welfare used by immigrant households is received on behalf of their US-born children,” Camarota said. “This is especially true of households headed by illegal immigrants.”

On average, an illegal alien would end up costing U.S. taxpayers $72,000 over the course of his or her lifetime and more than $94,000 if the person ends up having American-born children.

Some 62 percent of households headed by illegal aliens already receive federal benefits, more than double the average rate for legal citizens, according to the U.S. Census Bureau.