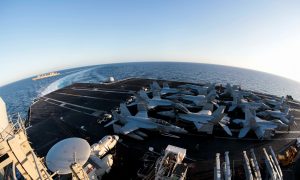 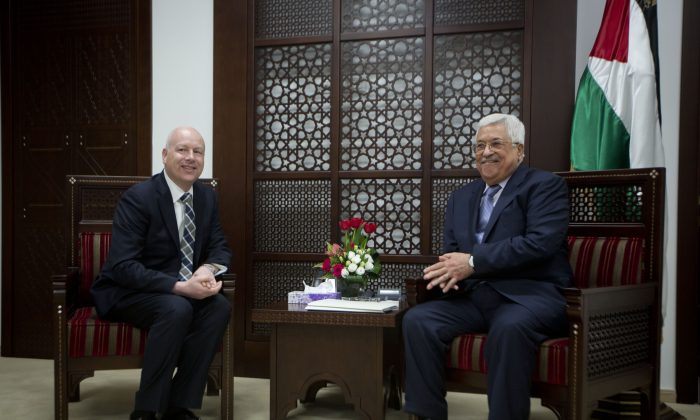 Jason Greenblatt, the president’s special envoy for international negotiations and an architect of the Middle East peace plan is stepping down from his role in the White House, President Donald Trump announced on Sept. 5.

“After almost 3 years in my Administration, Jason Greenblatt will be leaving to pursue work in the private sector. Jason has been a loyal and great friend and fantastic lawyer,” Trump wrote. “His dedication to Israel and to seeking peace between Israel and the Palestinians won’t be forgotten. He will be missed. Thank you Jason!”

….His dedication to Israel and to seeking peace between Israel and the Palestinians won’t be forgotten. He will be missed. Thank you Jason!

Greenblatt, who had worked for the Trump Organization for about two decades before he was appointed to become a president’s adviser on U.S.-Israel relations, said he hopes to spend more time with his family in New Jersey.

“It has been the honor of a lifetime to have worked in the White House for over two and a half years under the leadership of President Trump,” Greenblatt said in a statement. “I am incredibly grateful to have been part of a team that drafted a vision for peace. This vision has the potential to vastly improve the lives of millions of Israelis, Palestinians, and others in the region.”

During his tenure in the administration, Greenblatt worked closely with Jared Kushner, Trump’s son-in-law and senior adviser, on developing a peace plan with the aim to resolve the Israeli and Palestinian conflict in the Middle East—a plan that Trump had called a “deal of the century.” The economic portion of the plan called “peace to prosperity” had already been unveiled in June this year.

The plan is already facing rejection by the Palestinians, who have accused the administration of losing its credibility as an honest broker by claiming that the United States repeatedly sides with Israel.

Kushner praised Greenblatt in a statement sent to media outlets saying that he had “done a tremendous job leading the efforts to develop an economic and political vision for a long sought after peace in the Middle East.”

“His work has helped develop the relationships between Israel and its neighbors as he is trusted and respected by all of the leaders throughout the region. He is a close friend and partner and will continue to make a positive impact on the world,” Kushner added.

On Aug. 28, Greenblatt announced on Twitter that the Trump administration had decided not to release the political side of peace plan prior to Israel’s election, further delaying the release of the plan that had already been pushed back several times. Israel will hold their second election on Sept. 17 after Israeli’s Prime Minister Benjamin Netanyahu failed to form a coalition government earlier this year.

Netanyahu also thanked Greenblatt for “his work for peace and security and for speaking the truth about Israel in front of all those who bash it.”

“He ruined the credibility of the United States and destroyed the peace process,” Abu Rdeneh said.

Greenblatt had advocated for the decisions to relocate the U.S. Embassy to Jerusalem and to recognize Israeli sovereignty over the Golan Heights — moves that drew anger and skepticism from Palestinians and Arab nations. He had also led the administration’s push to cut U.S. funding for the United Nations agency for Palestinian refugees, arguing before the world body that the U.N. Relief and Works Agency is corrupt, encourages anti-Israel sentiment and is prolonging the conflict.