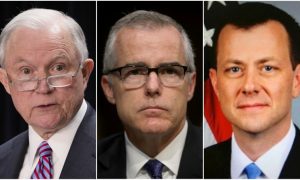 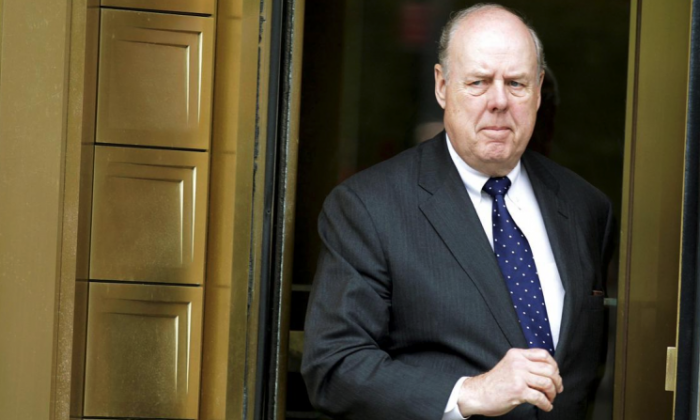 “I pray that Acting Attorney General Rosenstein will follow the brilliant and courageous example of the FBI Office of Professional Responsibility and Attorney General Jeff Sessions and bring an end to alleged Russia Collusion investigation manufactured by McCabe’s boss James Comey based upon a fraudulent and corrupt Dossier,” he said in a statement to Fox News. “Just end it on the merits in light of recent revelations.”

Rosenstein is in charge of the probe since Sessions recused himself. Dowd said his remarks are not on behalf of the president but in a personal capacity.

Dowd’s remarks came hours after Sessions fired FBI Deputy Director Andrew McCabe for leaking to the media and lying about it under oath. The dossier Dowd mentions was compiled by British ex-spy Christopher Steele and funded by the Clinton campaign and the DNC. Fusion GPS, the firm that hired Steele to write the dossier, accepted money from Russia while Steele worked on his assignment.

That unverified dossier was used as justification to spy on Trump campaign associate Carter Page. McCabe signed the surveillance warrant application and later told investigators that the FBI would have never applied for a warrant without the dossier.

McCabe’s firing came as a result of an internal investigation triggered by information the FBI received from the inspector general of the Justice Department. The FBI’s probe “concluded that Mr. McCabe had made an unauthorized disclosure to the news media and lacked candor − including under oath − on multiple occasions,” Sessions wrote in a statement on the firing.

The findings on McCabe are part of a broader recently-completed investigation by DOJ Inspector General Michael Horowitz. A report summarizing the results of the probe is expected to be critical of McCabe’s handling of the Clinton email probe, his management of the bureau in the early days of the Russia investigation, and his wife’s financial ties to the Democratic Party, Fox News reported.

The Fake News is beside themselves that McCabe was caught, called out and fired. How many hundreds of thousands of dollars was given to wife’s campaign by Crooked H friend, Terry M, who was also under investigation? How many lies? How many leaks? Comey knew it all, and much more!

“Andrew McCabe FIRED, a great day for the hard working men and women of the FBI – A great day for Democracy,” Trump wrote just after noon on Saturday. “Sanctimonious James Comey was his boss and made McCabe look like a choirboy. He knew all about the lies and corruption going on at the highest levels of the FBI!”

Democrats were quick to threaten the president and his team.

“The president, the administration, and his legal team must not take any steps to curtail, interfere with, or end the special counsel’s investigation or there will be severe consequences from both Democrats and Republicans,” Senate Minority Leader Chuck Schumer (D-NY) said in a statement, according to Fox News.