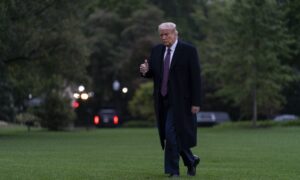 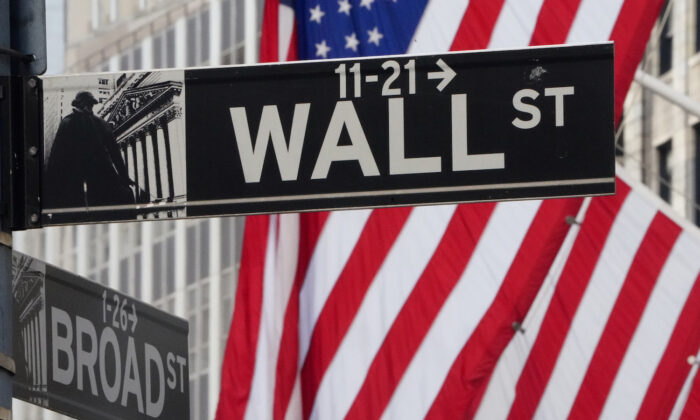 “Tonight, @FLOTUS and I tested positive for COVID-19. We will begin our quarantine and recovery process immediately,” Trump wrote in a message on social media shortly before 1 a.m. ET Friday. “We will get through this TOGETHER!”

U.S. stock futures for the benchmark S&P 500 initially fell 1.7 percent, before ticking back up, trading down around 1.3 percent at the time of reporting. Nasdaq futures fell to around 2.2 percent.

Safe haven gold, meanwhile, saw a modest spike of around 0.5 percent before settling at 0.14 percent at the time of reporting, while the 10-year US Treasury was down 3.1 percent. The yield of government securities, considered a safe harbor in times of uncertainty, falls as prices rise along with greater investor interest.

Both U.S. and Brent crude fell by over 3 percent.

European stocks were lower in morning trading, with the FTSE 100 down around 0.7 percent in London, France’s CAC 40 trading down nearly 0.9 percent, while and Germany’s DAX fell 1.1 percent.

The news prompted investors to prepare for a period of heightened volatility, with analysts expecting that markets will remain on edge for the foreseeable future.

Frankfurt analyst Robert Halver of Baader bank saw no reason for concern, however, and said he saw no danger for “a lot of damage on the stock exchange.” He expects that, by next week, markets will be back to normal.

“If there are political problems in the world an immediate reflex always is to look for save havens: there is a demand for gold and we’re seeing that today. Shares are sold, government securities are bought,” Halver said adding, “It’s the typical reaction. But I am certain that next week everything will change again.”

“The DAX is affected by uncertainty,” he said of Germany’s benchmark equities index. “There was hope for a new stimulus package in the United States and now there are worries that with Mr.Trump’s quarantine that could be delayed. But we know that such incidents are only of a short-term nature so I don’t expect a lot of damage on the stock exchange. We wish Mr. Trump, just like his opponent, all the best,” he added.

Sean Conley, physician to the president, said in a statement released by the White House that both Trumps are “well at this time, and they plan to remain at home within the White House during their convalescence.

“The White House Team and I will maintain a vigilant watch, and I appreciate the support provided by some of the country’s greatest medical professionals and institutions. Rest assured, I expect the President to continue carrying out his duties without disruption while recovering, and I will keep you updated on any future developments,” Conley said.