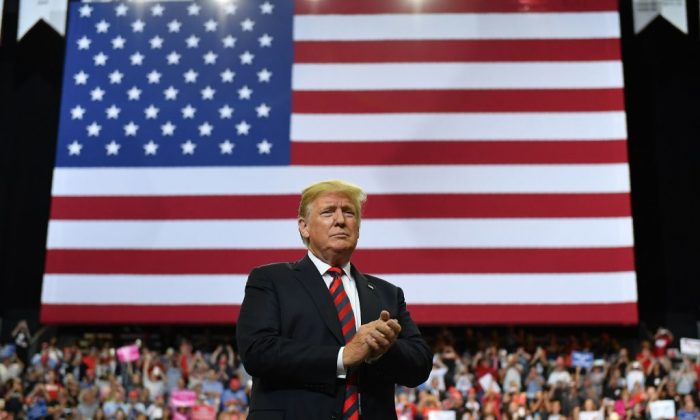 US President Donald Trump looks at the crowd during a rally at JQH Arena in Springfield, Missouri on Sept. 21, 2018. (Mandel Ngan/AFP/Getty Images)
Viewpoints

Trump’s Accomplishments Are Many in His First 2 Years 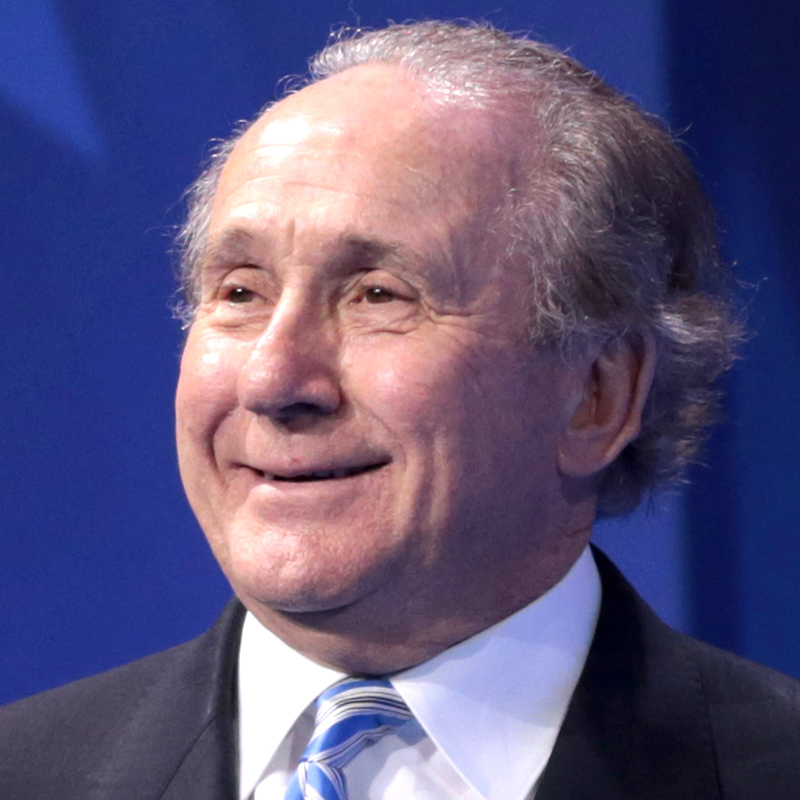 President Donald Trump is approaching his midterm. Even before he was president, leftists and media elites didn’t just want Trump to fail, they predicted he would fail. He was a television star, not a serious candidate. Despite what they hoped and foretold, they have turned out to be wrong.

In just two years, Trump has accomplished many things.

The economy is booming. This is an underrated issue to the left and elite media, but it cannot be ignored. Why? First, because average Americans care about jobs. In a 2016 Pew Research poll, taken ahead of the election, 84 percent said the economy was a “top issue” for them when considering a president.

In this, Trump has not disappointed. The unemployment rate is at its lowest point in half a century—3.9 percent. More than 3.5 million jobs have been created since Trump took office, and the economy saw 4.2 percent growth this past quarter.

Under Trump’s policies, particularly his historic tax cuts, businesses are thriving. Consumer confidence is at a 17-year high. More than 160 companies provided wage increases, bonuses, price reductions, or other financial benefits to their employees or customers, because of Trump’s tax cuts. Even big corporations operated by leftists, like Starbucks and Google, passed on savings to their employees in the form of bonuses, wage increases, and other benefits.

By facilitating the Keystone XL pipeline, cutting regulations, and opening up huge areas of federal lands to energy exploration, Trump has unleashed the power of American energy.

Almost as soon as he entered office, Trump repealed Obamacare’s individual mandate, which forced Americans to purchase a product that they may not have wanted or could not afford, violating their freedom and punishing them financially in the long run.

The president has nominated dozens of federal judges that have been confirmed by the U.S. Senate. The Senate also confirmed Trump’s nominees to the Supreme Court, Neil Gorsuch and Brett Kavanaugh. Through executive orders and changes in the Department of Health and Human Services, the president is now protecting those in America who want the freedom to practice their religion without fear of government intrusion, animus, or persecution.

Though the left doubted the president’s ability to beef up national security, he has also done just that. In just two years, he has removed the political correctness that had started to infiltrate the U.S. military, like having the Pentagon pay for gender reassignment surgery, which made the military a petri dish for social experiments.

Trump rebuilt the U.S. military and has severely crippled the radical Islamism that has infiltrated the globe. The president has imposed tough sanctions on the socialist dictatorship in Venezuela, a regime that has caused its people to suffer for years. He has also cracked down on illegal immigration in the United States, delivering on one of his major campaign promises. Though mocked for his rhetoric on building a wall, his tougher border security policies are working.

Trump may be one of the most unique presidents ever because of his background, but so far he has made tangible positive changes in American society. With his no-nonsense, business-like demeanor, coupled with his commitment to putting America first, Trump has improved the economy, bolstered national security, and made America thrive again.

Michael Reagan is the late President Ronald Reagan’s son and the president of the Reagan Legacy Foundation in California. He is a best-selling author, motivational speaker, and philanthropist.