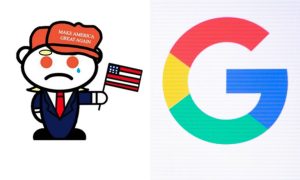 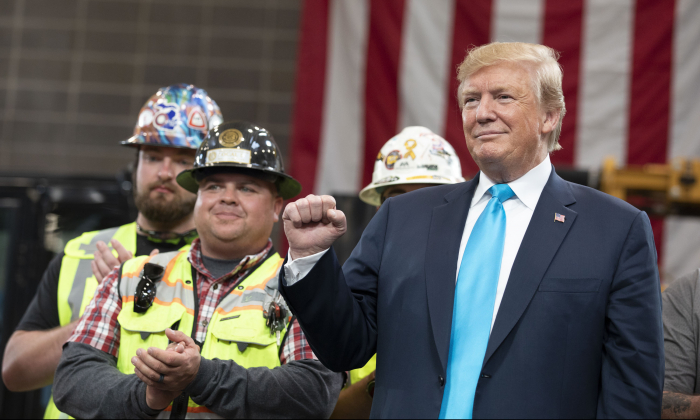 President Donald Trump’s 2020 presidential campaign reported raising more than $30 million in the first quarter of 2019, far outpacing the haul of every Democratic contender during the same period.

The Republican National Committee (RNC) brought in $45.8 million in the first quarter. Trump’s re-election campaign is raising money alongside the RNC.

More than a dozen Democrats have announced their candidacy for the 2020 election. The party will begin the selection process for its candidate, starting with state-level contests early next year.

In a race that is partly defined by fundraising prowess, other Democratic candidates are falling behind. During the first quarter, Sen. Elizabeth Warren of Massachusetts raised $6 million, while Sen. Amy Klobuchar of Minnesota and Sen. Cory Booker of New Jersey raised $5 million each.

The Trump campaign has cast the 2020 election as a choice between socialism and freedom.

The leading Democratic contenders have all endorsed the socialist Medicare for All and Green New Deal policies. The two policies would hand the government a monopoly over the energy and health care sectors and cost an estimated $93 trillion over the first decade. The total projected spending of the current government is $60 trillion in the next 10 years.

The embrace of Medicare for All represents a hard-left shift for the Democratic party. Six years ago, the Medicare for All bill had no co-sponsors. Today, it is embraced by every leading Democrat running for president, one-third of Senate Democrats and two-thirds of House Democrats.

The majority of Americans approve of Medicare for All, but enthusiasm for the policy falls drastically once likely voters learn about the details of the policy. Only 13 percent of Americans would back the policy if it meant the end of private health insurance. A study by the Kaiser Family Foundation showed that support for Medicare for All dropped to 44 percent from 62 percent once the policy was described as “socialized medicine.”

While socialism is increasingly popular among younger Americans, only 18 percent of the overall population view the ideology in a positive light. Aware of the negative perception, all of the leading Democrats—with the exception of O’Rourke and Sanders—have steered clear of the socialist label.

“They are playing a very delicate game because they have to appeal to their progressive socialist base, the people who get out and campaign for them, but they also don’t want to frighten middle America into the hands of the Republicans,” Trevor Loudon, an author who spent 30 years researching radical left, Marxist, and terrorist movements, said about the 2020 Democratic candidates.

“They know enough to say the right words to middle America so as to not frighten them, but to promote the exact same policies that have been promoted by the Communist Party USA and the Democratic Socialists of America, which are both Marxist-communist groups.”