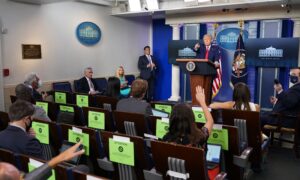 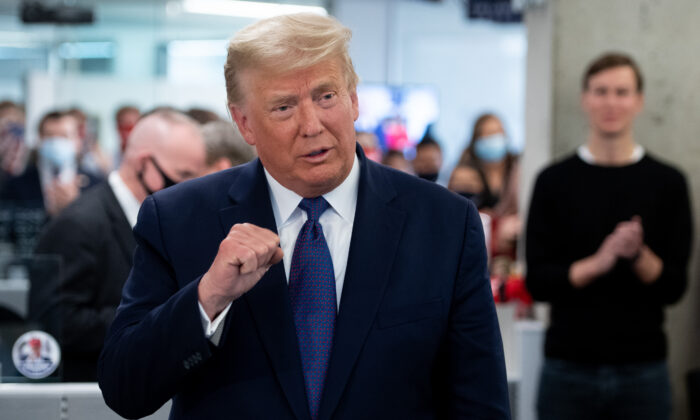 Trumpism Without Trump Neither Possible Nor Desirable

A very learned friend and loyal reader reports to me that he recently made the tactical error of reading Breitbart, and encountered another friend, the delightful if not entirely serious Ann Coulter, exclaiming that she was extremely “glad” that President Donald Trump has lost, because now we can have Trumpism without Trump.

As the person who reported to me wrote, “This is where the unicorns break into a Venetian waltz.” I’m afraid Coulter is going to be lonely striding around in the majestic and alluring way that she does, in a fool’s paradise.

It would not be a brilliant move, even if it were possible, to dismiss the man that 60,000 people will stand for hours in the rain and cold for an opportunity to see. With no disrespect, Marco Rubio and Nikki Haley and the current vice president and other Republican worthies are not going to pack the Superdome with scores of thousands of chanting followers listening to an earnest and traditional diet of Bush–McCain–Romney Republicanism.

Trump raised the Republican vote between Mitt Romney in 2012 and last week by over 20 percent, and the pattern of the voting increase is extremely promising: Though the polls are not entirely precise, it is clear that Trump made extensive inroads in the traditional Democratic fiefdoms of African Americans, Latin Americans, and the working class generally.

The president has managed this by a combination of eliminating illegal immigration, supporting the enterprise zone program authored by Sen. Tim Scott (R-S.C.), and by his tax cuts, which, despite Democratic propaganda, chiefly favored those of modest means.

Apart from the virtues of his program, which the Democrats only implicitly acknowledge and in any case will be unable to change because of their fragile position in the Congress, (and this is on the still uncertain hypothesis that Biden wins the election), Trump, uniquely among current leading American politicians, has the power and ability to proselytize.

When he flies out into the country and packs stadiums, he’s effective and he’s believed—doubly so on the basis of his performance in office—when he promises that he will deliver for the average person. His policies effectively eliminated unemployment—there were 750,000 more positions to fill than unemployed people, and because percentage income growth among the lower 20 percent of income earners was rising more quickly in percentage terms than the top 10 percent prior to the onset of the COVID-19 pandemic, Trump, and he alone, is credible in pursuing that vast and long-ignored and abused voting block, irrespective of race.

Coulter is no mean showman, with her attractive countenance, long blonde hair, and prodigious height, from all of which emanates a torrent of refreshing witticisms uttered in a magnificent Eleanor Roosevelt accent. If she thought about it for five seconds, she would realize that if Trumpism without Trump were a viable idea, somebody other than Trump would have put it across, and that all of the prominent Republicans apart from him, and many of them have considerable merit, do not remotely have the magnetic and uplifting qualities that Trump possesses of what in earlier and less-civilized times would be called rabble-rousing.

There can be no doubt that just as he had a won election prior to the onset of the pandemic, so his tremendous campaign tour in the last three weeks converted what could have been a bad day for the Republicans into a red tide across the country and presidential result that, if honestly counted, he almost certainly won. There are no other Republicans around who can fill his shoes if he wishes to continue, and to lead the movement that he founded to the initial mirth of his enemies.

The real way of achieving what Coulter and millions of others wish is for Trump to modify his approach somewhat so that he doesn’t repel the millions of people unable to give more weight to his policy successes than they do due to his lapses into juvenilism, boastfulness, and gratuitous discourtesy. The great credit the president receives when he endures with dignity the provocations of his media enemies, such as in the interview with Savannah Guthrie a few weeks ago, illustrate this point.

If Joe Biden takes office, the United States will shortly have the greatest pandemic of buyers’ remorse in U.S. sociopolitical history. A man of such histrionic talents as Trump could effortlessly recalibrate his approach slightly to exploit the opportunity for the greatest political comeback since Richard Nixon.

Right now, there would be a close division between those who want the president to finish his mission, and those even among his policy supporters, who, like Coulter, are tired of him, (as he has every reason to be tired of them).

It seems objectively unlikely, because it is so difficult to identify ballot harvesting by counting the votes after the fact, that the president will succeed in having the election judicially overturned. It becomes particularly unlikely, given what can only be described as the pusillanimity in the face of possible controversy, of Chief Justice John Roberts. It may be advisable and a benefit to the country for him to be as cautious in political matters as he is, but there is nothing more important in all of the legal operations of the United States than assuring the honest Democratic election of the president and vice president.

The various excesses of the secretary of state and attorney general and Supreme Court of Pennsylvania may have opened a wide enough a window for a recount to tumble that state back to Trump, though that remains a long shot. What we have now are the pompous and complacent remarks of Democratic spokespeople and their media lackeys about indulgently awaiting the identification of the legal and illegal ballots to ensure an honest election, (in the full and perfect knowledge that the election has already been rigged).

The chief justice and his colleagues can take refuge in the absence of the sort of evidence that would assure that this issue could be tried in the high court. And all can unctuously nod in self-congratulation that a close election has gone off fairly after great precautions. But virtually everyone will know that this is a fiction.

Relatively reliable polls indicate that 70 percent of Republicans already believe that the election has been stolen. If the president is minded to continue his crusade against the policy failures of the post-Reagan years and his drive to reposition the Republican Party as a strong competitor for the votes of all social and economic classes of Americans, he has a perfect opportunity to lead the battle to win the midterm elections, promise election reform so that just as no other president should be shivved as he was by the corruption of the intelligence services and the FBI four years ago, neither should anyone be robbed of an election by unverifiable review of mailed ballots as he likely will be.

Grover Cleveland had non-consecutive terms as president; so would have Theodore Roosevelt had he not shortened his life by illnesses contracted in his trip up the Amazon in his mid-50s. Trump’s work is not finished, and if he’s cheated this time, he will have a splendid opportunity after four years of Democratic flimflam, posturing, and ineptitude to win this battle once and for all. No one could blame him for retiring, but if he wants to go like a champion, he should just tweak his public personality a little and stay healthy while his enemies sink into the quagmire they’ve made.