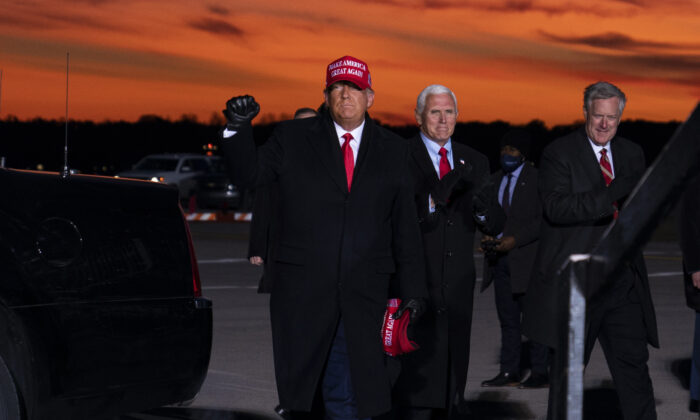 President Donald Trump is now projected to win Texas and its 38 electoral votes, according to Decision Desk, a team of news organization experts.

Decision Desk also called the race for Trump in Florida earlier in the night.

The president’s victory over Democrat Joe Biden in Texas marks the 11th consecutive presidential election that a Republican defeated a Democrat in the state. Republicans have won the state since 1980 when then-candidate Ronald Reagan won the presidency.

Texas Lt. Gov. Dan Patrick told KXAN earlier this week that Trump will win the state by more than 4 points.

“It could be tighter, only because you have so many more voters out. Remember, there are a lot of those Republican voters coming out too,” Patrick said on Oct. 30.

There were no early surprises as the two contenders split the U.S. states already projected. Trump captured conservative states like Alabama, Indiana, Kentucky, and Tennessee while Democratic-leaning Connecticut, Massachusetts, New York, and Vermont went to Biden, according to projections by television networks and Edison Research.

None of the approximately dozen battleground states that will decide the race had been settled as polls closed in most U.S. states, although Trump was moving into a lead in many of them.