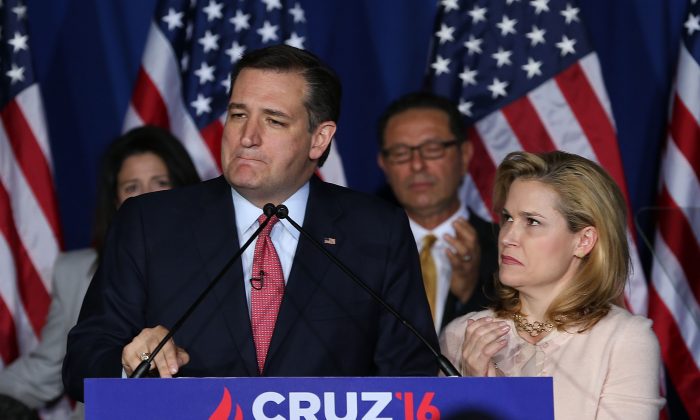 Kasich has only won one state so far, his home state of Ohio. With Kasich as Trump’s only official remaining opponent, Trump is very likely to easily win every remaining state, and will decisively win the 1,237 delegates required.

At this point, where the Republican contest effectively ended, Trump had won 1,045 delegates, including 1,011 pledged delegates. Cruz had 580 delegates, and Kasich 154. Trump had 51.6 percent of all delegates allocated so far, and Cruz 28.9 percent. Trump won all of Indiana’s 57 delegates, which are allocated winner takes all by statewide and Congressional District.

After not exceeding 50 percent until his home state, New York, voted on April 19, Trump won a majority of the vote in all the last seven contests. He ends the contested stage of the Republican race with 40.2 percent of the vote, to 27.5 percent for Cruz, 14.1 percent for Kasich, and 13.1 percent for Rubio.

Since Cruz won Wisconsin on April 5, there has been a major move to Trump in national Republican polls and in election results. I think some of this movement was because Republicans wanted to avoid a contested convention, and Trump was the only candidate able to win outright.

However, Cruz received much more media attention in April than previously, but this attention backfired on him. As this chart of Trump and Cruz’s net favorability among Republicans shows, Cruz’s favorability dropped as he became better known. Many who know Cruz well strongly dislike him, including his Republican Senate colleagues. Former Republican Speaker of the House John Boehner called Cruz, “Lucifer in the flesh.”

Before He Was ‘Lucifer’ Ted Cruz Was John Boehner’s Lawyer

On the Democratic side, Sanders defeated Clinton in Indiana by a 52.5-47.5 margin, but gained only five net delegates. Clinton still leads by 290 pledged delegates, with 933 left to be allocated in remaining contests.

I have previously written about general election scenarios. Trump’s favorability numbers have improved since that article, but he still has a net -26 rating with the general electorate. Clinton’s rating has been steady at -13 since that article. Clinton currently leads Trump by 47-40, and I think those who dislike both candidates are more likely to vote for Clinton in the end, as she appears more presidential than Trump.

No major polls have been published this week as they will poll after the budget to ascertain if there is any reaction to the budget.

Essential’s two week rolling average was at 52-48 to Labor this week, unchanged on last week. However, Labor gained 2 percent last week, and last week’s sample is still in the fieldwork. The two-week sample size was 1750. 57 percent approved of Labor’s policy to tackle climate change, with 21 percent disapproving. 52 percent approved of the submarine contract, with 27 percent disapproving.

Turnbull’s positive attribute scores fell and his negative ones rose since March. The biggest changes were an eight point rise in being perceived as intolerant and narrow-minded, and a seven-point rise in erratic. Shorten’s attributes were better, highlighted by a seven-point increase in “a capable leader.” When Turnbull and Shorten are compared, the one negative attribute Turnbull leads by a double digit margin is “out of touch with ordinary people.” Turnbull leads five positive attributes by double digits.

In last week’s Essential, 40 percent approved of Turnbull calling a double dissolution, and 28 percent disapproved; two weeks ago this was 39-24. 42 percent thought the Coalition was most likely to win the next election, while 28 percent thought Labor most likely to win. 67 percent said they would vote for a party they wanted to lead Australia, while 21 percent said they would vote against the party they don’t want to lead. Former New Zealand PM Helen Clark was preferred over Kevin Rudd by 45-21 to be the next U.N. secretary-general.

Voters were pessimistic on the forthcoming budget, generally saying it would be bad for everyone except Australian business (good by 21) and well off people (good by 36). Labor budget initiatives, such as limiting negative gearing and tightening capital gains tax exemptions, were well supported, but cutting personal income taxes was strongly supported. Note that this poll was taken before Tuesday’s budget.

Adrian Beaumont is a Ph.D. student at the School of Mathematics and Statistics, University of Melbourne, in Australia. This article was originally published on The Conversation.