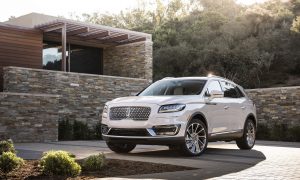 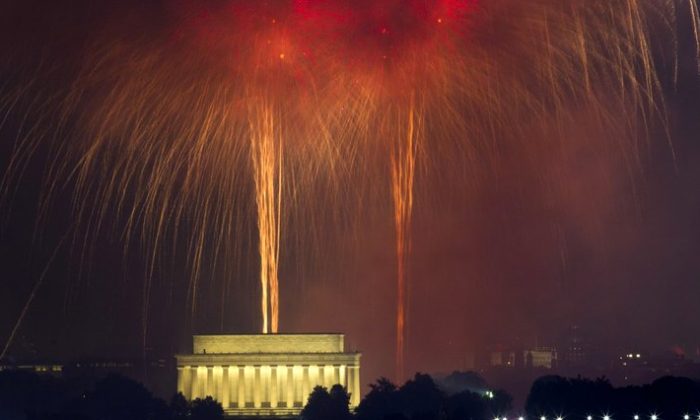 Fireworks explode over Lincoln Memorial at the National Mall in Washington, during the Fourth of July celebration on Jul. 4, 2017. (Jose Luis Magana/AP)
Trump Administration

President Donald Trump says he’ll host a July Fourth celebration at the Lincoln Memorial. And though the event he’s calling “A Salute to America” is months away, he’s said it’ll be one of the city’s biggest Independence Day gatherings—ever.

Trump tweeted on Feb. 24: “HOLD THE DATE! We will be having one of the biggest gatherings in the history of Washington, D.C., on July 4th. It will be called “A Salute To America” and will be held at the Lincoln Memorial. Major fireworks display, entertainment and an address by your favorite President, me!”

HOLD THE DATE! We will be having one of the biggest gatherings in the history of Washington, D.C., on July 4th. It will be called “A Salute To America” and will be held at the Lincoln Memorial. Major fireworks display, entertainment and an address by your favorite President, me!

The White House did not provide any additional details Sunday. The fireworks are expected to be the free annual holiday show from the National Park Service. But it was not clear who would provide entertainment or how Trump’s gathering would fit in with the annual evening concert on the Capitol’s West Lawn, the traditional holiday parades or the hundreds of thousands of people who travel to celebrate the nation’s founding.

July Fourth is already a big production in the capitol. In addition to the throngs on the mall, there are multiple parades, including along Constitution Avenue. There’s also an annual concert on the West Lawn of the Capitol, broadcast live by PBS and immediately followed by the annual fireworks show.

Some past celebrations have drawn huge numbers, with over 500,000 estimated in attendance in 1984 for a concert on the mall that included the Beach Boys. Crowd estimates for more recent events are not easily available, as the park service stopped providing crowd estimates in the mid-1990s after a dispute over crowd size at the so-called Million Man March.

Trump teased the July Fourth event several weeks ago, saying it would be a “gathering” rather than the military parade he entertained after attending a French military procession in central Paris in 2017. Trump had wanted to see tanks and other military hardware rolling down Pennsylvania Avenue on Veterans Day last year, but senior administration officials halted planning after seeing the estimated $92 million price tag. The date also conflicted with Trump’s return to Paris last November to help observe the 100th anniversary of the end of World War I.

The president said a bonus will be fireworks at no extra charge because fireworks paid for by the National Park Service already illuminate the sky above the Washington Monument each year on the Fourth of July.