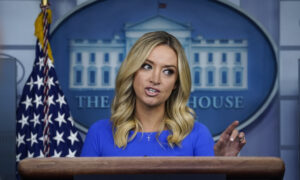 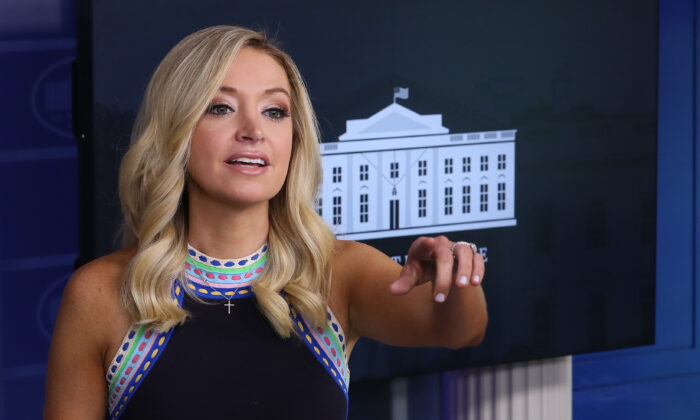 “We will be together. We’ll be there at the White House in D.C. This president has earned a second term,” the White House press secretary told Fox News on Monday when she was asked about her plans.

Trump told reporters last week that he might be moving the election gathering from the Trump International Hotel in Washington to the White House, although he didn’t elaborate. The president noted there are stringent restrictions on how many people can gather in one place in the District of Columbia, as the city restricted gatherings to 50 or fewer people.

“We haven’t made a determination. We have certain rules and regulations. You know, Washington, D.C., is shut down. The mayor shut it down,” Trump told reporters near the White House last week, referring to Democratic Mayor Muriel Bowser’s orders.

“So we have a hotel. I don’t know if it’s shut down, if you’re allowed to use it or not,” he added. “But I know the mayor has shut down Washington, D.C. And if that’s the case, we’ll probably stay here or pick another location. I think it’s crazy. Washington, D.C., is shut down. Can you imagine?”

The president’s son, Eric Trump, told “Fox and Friends” last week that the campaign was considering moving the Election Night party from his family-owned hotel to the White House.

“No, we’re thinking about moving it, actually, over to the White House for—we’re looking at that right now, and it’s going to be a great night. It’s going to be a really, really beautiful night,” he said in the interview.

It’s unclear how many people will attend the White House event on Tuesday, Nov. 3.

Trump has held campaign-related events at the White House in the past, delivering this year’s Republican National Committee speech to a crowd on South Lawn.

Trump on Monday will hold a rally in the North Carolina city of Fayetteville before speaking in Avoca, Pennsylvania; Traverse City, Michigan; Kenosha, Wisconsin; and Grand Rapids, Michigan.

Biden will watch Election Night tallies at his home state of Delaware on Tuesday.