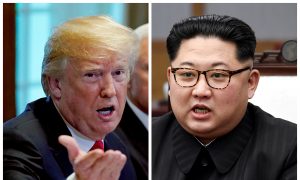 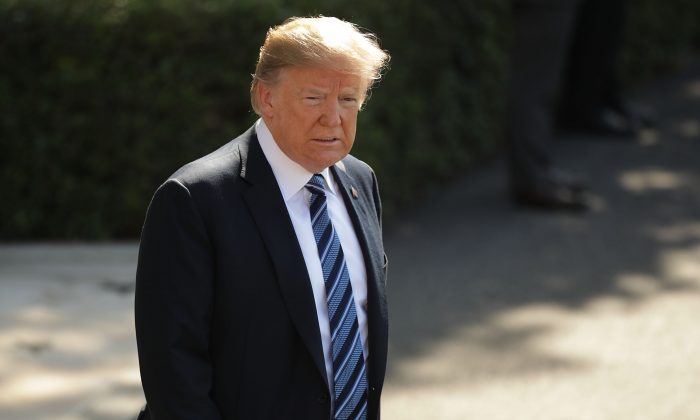 President Donald Trump praised a “warm and productive” statement from North Korea on Friday and said that the planned June 12 summit with Kim Jong Un may still happen as scheduled.

On Thursday, Trump abruptly canceled the planned summit with Kim Jong Un. The White House cited inflammatory comments made by Kim’s subordinate as the final straw that led to the cancellation.

“As far as the historic DPRK-U.S. summit is concerned, we have inwardly highly appreciated President Trump for having made the bold decision, which any other U.S. presidents dared not, and made efforts for such a crucial event as the summit,” Kim Kye Gwan said in a statement on the state-controlled Korea Central News Agency.

“We would like to make known to the U.S. side once again that we have the intent to sit with the U.S. side to solve problem regardless of ways at any time,” Kim Kye Gwan added.

Trump wrote on Twitter that he appreciated the statement and expressed optimism for a peaceful outcome.

“Very good news to receive the warm and productive statement from North Korea,” Trump wrote. “We will soon see where it will lead, hopefully to long and enduring prosperity and peace. Only time (and talent) will tell!”

Very good news to receive the warm and productive statement from North Korea. We will soon see where it will lead, hopefully to long and enduring prosperity and peace. Only time (and talent) will tell!

North Korea made several major concessions in the lead up to the meeting. The regime freed three American hostages, committed to the goal of peace and total denuclearization, and destroyed its only nuclear test site.

But Pyongyang began to issue increasingly combative statements in recent weeks, culminating in a tirade from a top official which insulted Vice President Mike Pence and revived the specter of nuclear war.

Trump responded with a letter informing Kim that the United States is pulling out of the summit and issuing a stern warning about threats of nuclear war.

“You talk about your nuclear capabilities, but ours are so massive and powerful that I pray to God they will never have to be used,” Trump wrote.

The White House revealed on Thursday that North Korean officials did not show up for a planning meeting in Singapore ahead of the June 12 summit. “They stood us up,” a senior American official told Fox News. Pyongyang then failed to respond to messages from Washington for a week.

Kim appeared unfazed on Friday as he was photographed at the site of a completed railroad.