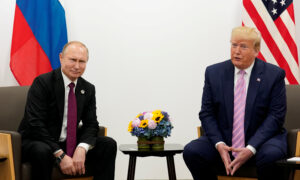 Trump to Putin: Hope to Avoid a Three Way Arms Race Between China, Russia, and US
0 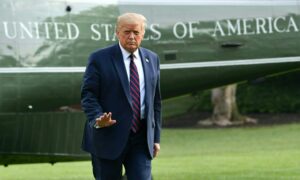 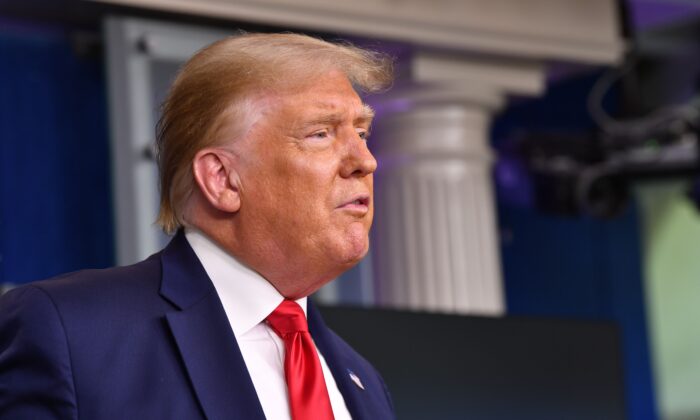 President Donald Trump answers questions during a press conference in the Brady Briefing Room of the White House in Washington on Aug. 14, 2020. (Nicholas Kamm/AFP via Getty Images)
2020 Election

President Donald Trump on Aug. 17 pledged that his administration would set up tax credits for U.S. companies that shift manufacturing facilities from China back to the United States, as he seeks to reduce reliance on Beijing and rebuild American manufacturing.

Trump, seeking to build support ahead of the Nov. 3 election, told supporters during a visit to Mankato, Minnesota, his administration would also strip federal contracts from companies that outsourced work to China.

“We will create tax credits for companies that bring jobs from China back to America and we’ll impose tariffs on countries that leave America to produce jobs overseas,” Trump said, asserting his confidence that the U.S. economy will, if he is reelected, bounce back strongly from the economic shock caused by the CCP (Chinese Communist Party) virus pandemic.

The president vowed to create 10 million jobs in 10 months in part through his economic plan.

“What we’re doing together is nothing short of an economic miracle and now we’re doing it again,” Trump said during an hour-long speech. “We built the greatest economy in the history of the world and now I have to do it again.”

The president previously laid out an economic plan with six promises to U.S. workers if he is reelected for a second term in November.

During a visit to the crucial battleground state of Ohio on Aug. 6, Trump pledged to make the United States “more prosperous and resilient than ever before.”

The president highlighted his administration’s efforts to increase the domestic production of personal protective equipment such as gloves, gowns, and respirators.

Trump said the Defense Production Act would be used to mobilize the country’s industrial capacity, while low taxes and fewer regulations would maintain a climate for growth.

He also stressed the importance of not being reliant on China and other nations across the globe for medical manufacturing, making reference to the CCP virus pandemic, as he promised to turn America into the “premier medical manufacturer, pharmacy, and drugstore of the world.”

He said Monday that the United States will be able to achieve that goal with the help of Minnesota workers.

Trump also promised earlier this month that he would, if reelected in November, bring millions of manufacturing jobs back to the United States, and that he would bring back American jobs in factories. He vowed to “put American workers first, always.”

“Over the last 4 years, we’ve made extraordinary strides, and over the next 4 years together, we will turn the United States into the unrivaled manufacturing superpower of the world. We’ve been through a lot together,” the president said.