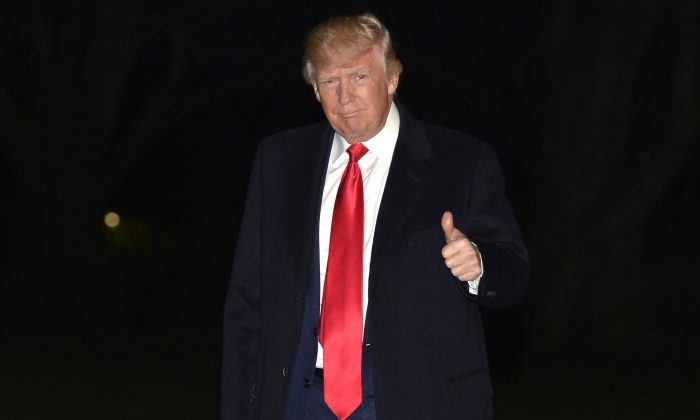 President Donald Trump gives a thumbs up to the media on his return to the White House on President's Day in Washington on Feb. 20, 2017. The president was returning from a long weekend at his Mar-a-Lago estate in Florida. (Mike Theiler-Pool/Getty Images)
US

President Donald Trump is visiting the National Museum of African American History and Culture. The president is touring the museum’s exhibits with a group that includes Ben Carson and Carson’s wife, Candy, as well as the president’s daughter Ivanka, aide Omarosa Manigault and museum staff.

The president says of the museum: “Honestly, it’s fantastic.”

The museum includes an exhibit dedicated to Carson’s rise from poverty to prominent pediatric neurosurgeon, which the group stopped to admire and pose for photos.

Carson was one of Trump’s rivals in the GOP primary and is the president’s pick to serve as the next secretary of Housing and Urban Development.