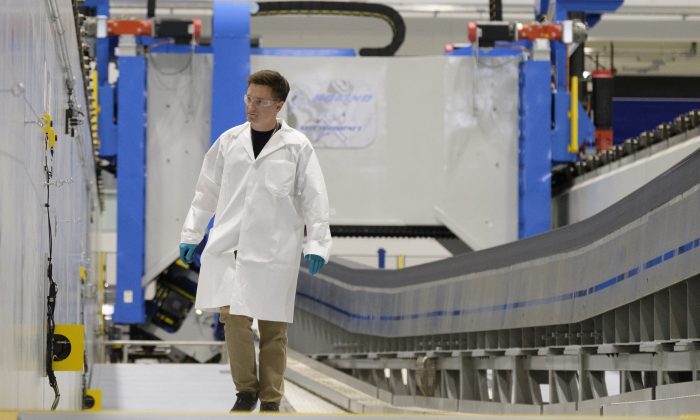 Companies have been showing an increasing preference for hiring Americans since President Donald Trump imposed heavier scrutiny on visas that are heavily used to hire foreign tech workers.

While some companies say they need more of the visas to make up for a shortage of American talent, data suggests the visas have been abused to displace American workers. In April 2017, Trump issued an executive order to “buy American and hire American.”

In response, U.S. Citizenship and Immigration Services (USCIS) began cracking down on fraud and abuse in the H-1B visa program.

H-1Bs allow U.S. companies to hire up to 85,000 foreign workers a year for up to six years and then sponsor them for permanent residency. Eligible workers can be hired generally for any job that requires at least a bachelor’s degree. Most who have used the visa are computer workers.

“The H-1B visa program should help U.S. companies recruit highly skilled foreign nationals when there is a shortage of qualified workers in the country,” USCIS stated on its website. “Yet, too many American workers who are as qualified, willing, and deserving to work in these fields have been ignored or unfairly disadvantaged.”

The agency has made it clear it will go after cheaters and “protect the economic interests of U.S. workers.” It seems to have taken aim at companies providing technology outsourcing, such as Cognizant Corp., HCL Technologies Ltd., Infosys Ltd., Tata Consultancy Services Ltd., Wipro Ltd., IBM’s India unit, and Accenture.

Outsourcing companies have been the dominant users of H-1B visas, with the top 15 of them scooping more than 1 in 4 approved applications in fiscal year 2017. These companies obtain such a high proportion due to the sheer number of applications they make, since USCIS picks applications by lottery, until the 85,000 cap is met.

These companies bring in tens of thousands of foreigners every year (usually from India) to more cheaply manage technology, such as computer systems, for American businesses. The businesses sometimes, in turn, fire local tech workers.

“Sometimes, H-1B workers are 40 percent cheaper than Americans, and as an additional bonus to employers, H-1B workers are unlikely to complain about substandard wages and working conditions,” wrote Ron Hira, a research associate at the Economic Policy Institute.

Because of a loophole in immigration law, American workers have little recourse.

In 2015, Walt Disney Co. outsourced its computer operations in Orlando to Cognizant and HCL America, laying off 250 American tech workers as a result.

Some of those who were laid off took Disney and its contractors to court for breaking immigration laws, because H-1B sponsors have to certify that the foreign hires “will not adversely affect the working conditions of workers” with similar jobs. The petitioners argued they were adversely affected because they had to train the people who were replacing them for lower pay.

The judge tossed out the case, saying Cognizant and HCL hadn’t lied in the H-1B paperwork because it wasn’t their employees who were affected, but Disney’s, the Orlando Sentinel reported.

The president said he’s not against bringing in top talent from overseas, but not at the expense of Americans.

“Right now, H-1B visas are awarded in a totally random lottery, and that’s wrong. Instead, they should be given to the most-skilled and highest-paid applicants, and they should never, ever be used to replace Americans,” Trump said last year.

USCIS also switched random checks on H-1B employers to targeted checks on those who have a high ratio of H-1B hires, have hard-to-validate business credentials, or bring in people on H-1Bs who then work at other companies’ sites.

In February, it announced that companies that sent H-1B workers to “a third-party worksite” may be asked for “detailed documentation to ensure a legitimate employer-employee relationship.”

And in March, USCIS issued a policy memo that makes it harder for H-1B applicants to increase their chances by having multiple companies sponsor them separately for the same job. Typically, around 200,000 applicants vie for the 85,000 visas.

It seems companies have noticed Trump’s scrutiny, sponsoring 7 percent fewer initial H-1B applications in fiscal year 2017 than the year before.

“Forty-seven percent of US companies plan to or are willing to hire international talent in 2018, down from 55 percent that had such plans in 2017,” the Graduate Management Admission Council’s report said, based on a 2018 survey of more than 600 American companies.

The fields of science, technology, engineering, and mathematics (STEM) are expected to need almost 2.3 million new qualified workers between 2016 and 2026, according to a 2017 report by the Congressional Research Service (based on 2016 data).

Almost all STEM jobs required a bachelor’s degree or less, according to a 2017 report by the Bureau of Labor Statistics. Only 5 percent required a doctorate or a professional degree and almost none required a master’s degree.

During the 2016–2026 period, American universities are expected to award almost 4.5 million bachelor’s degrees in STEM to American citizens or permanent residents, based on National Science Foundation 2015 data, and assuming similar trends in growth of interest in these fields of study as from 2009 to 2015.

Foreign students on temporary visas represented less than 10 percent of the math and computer science bachelor’s degrees in 2015. But they dominated the graduate programs, accounting for nearly 4 in 5 computer science full-time graduate students, according to a 2017 report by the National Foundation for American Policy.

The reason may have to do more with immigration than with academics.

From Degree to Green Card

In the current booming job market, with more jobs openings than people officially unemployed, American students in lucrative STEM fields have a good chance of landing a job of interest with a bachelor’s degree. Instead of a graduate degree, which often means swelling their student debt and delaying paychecks, the candidates may opt to have more years of experience on their resume.

Foreign students, on the other hand, are incentivized to enter graduate programs, because 20,000 H1-B visas are reserved each year for graduates of U.S. masters’ programs.

The students are incentivized to stay for a doctoral degree as well because published papers beef up their immigration case. If an employer sponsors them for a green card, immigration laws will give them priority for proof of “exceptional ability in the sciences, arts, or business.”

Many of the students never reach the green card goal, but that doesn’t stop colleges from profiting off their tuition fees.

A 2017 report by the Center for Immigration Studies (CIS) think tank accused 55 colleges with more than 100 campuses nationwide of being “visa mills,” with as many as 95 percent of their students being foreigners on temporary visas.

Foreign students in STEM fields can obtain work authorization as on-the-job training for up to three years after graduation under the Optional Practical Training (OPT) program. The program also gives employers a 7.65 percent tax break.

David North, a fellow at CIS and author of the report, said around 40,000 foreign students are attached to the 55 schools, with an estimated turnover of 20,000 per year as new students arrive and old ones depart.

“Many of those departing are either going into illegal status or will do so after a period in the OPT program,” the report states.

USCIS tightened the rules for STEM OPT eligibility in January, imposing conditions to ensure it’s actually on-to-job training and not just the hiring of foreigners as cheaper labor.

While foreign students are scrambling to find out if the H-1B visa-to-citizenship pipeline still holds, American STEM workers can expect higher salaries and demand for their skills.