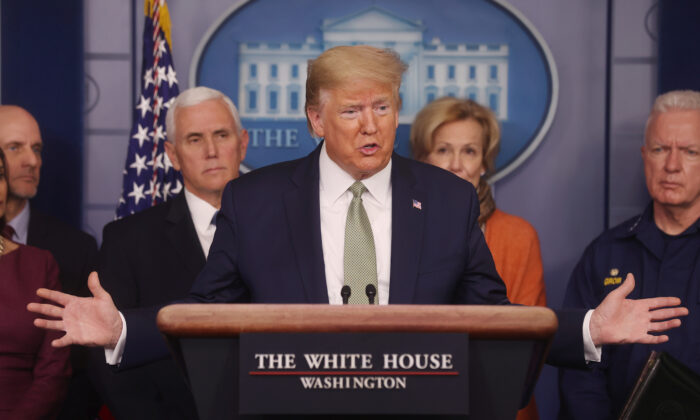 The U.S.-Canada border has been closed down for non-essential travel, President Donald Trump announced on Wednesday morning amid the viral pandemic.

“We will be, by mutual consent, temporarily closing our Northern Border with Canada to non-essential traffic. Trade will not be affected. Details to follow!” President Trump wrote on Twitter.

“I know this news will spark concern,” Trudeau told reporters on Monday. Anyone who has the new virus symptoms won’t be able to enter the country, he added.

“We will be denying entry into Canada to people who are not Canadian citizens or permanent residents,” he said outside his house, where he is currently under self-quarantine for the disease. The prime minister has shown no symptoms.

We will be, by mutual consent, temporarily closing our Northern Border with Canada to non-essential traffic. Trade will not be affected. Details to follow!

There have been reports saying that the United States may opt to quickly deport migrants, including those seeking asylum, who cross the southern border. The alleged plan hasn’t yet been announced or confirmed yet, but The Wall Street Journal and other news outlets have said it may be in the works.

“The president is 100 percent focused on protecting the American people from the coronavirus, and all options are on the table,” said Heather Swift, a spokesperson for the Department of Homeland Security, in a statement.

A number of European countries have announced similar measures to close down their borders to curb the spread of the virus.

As of Wednesday, there were more than 6,500 cases and more than 110 deaths in the United States. Canada has reported around 600 cases of coronavirus and has eight deaths, according to data provided by Johns Hopkins University.