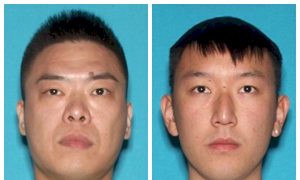 Trump Urges Uganda to Find Kidnappers of Freed US Tourist

KAMPALA, Uganda—President Donald Trump on Monday, April 8, urged Uganda to find the kidnappers of an American tourist who has been freed, amid conflicting reports over whether a ransom was paid for her release.

Kim Endicott was released by her abductors over the weekend and will be turned over to the U.S. ambassador Monday, Ugandan police said.

Endicott and her Ugandan driver were both safe, after the 5-day ordeal during which they were taken from Queen Elizabeth National Park across the border to Congo, according to Ugandan authorities.

Trump pressed Uganda’s government to capture the culprits Monday, tweeting: “Uganda must find the kidnappers of the American Tourist and guide before people will feel safe in going there. Bring them to justice openly and quickly!” Over the weekend Trump tweeted that he was pleased the tourist and guide had been released.

Uganda must find the kidnappers of the American Tourist and guide before people will feel safe in going there. Bring them to justice openly and quickly!

A Uganda-based tour official said, however, that a ransom was paid to secure Endicott’s freedom. The official with Wild Frontiers Uganda Safaris, which organized the kidnapping victims’ safari itinerary, said Monday that Endicott was released, “not rescued,” after money was paid.

“Otherwise she wouldn’t be back,” he said, speaking on condition of anonymity because he was not authorized to speak to the press.

Many officials, including from the U.S. Embassy, were involved in efforts to secure the release of the kidnapping victims, he said. He couldn’t say how much was paid or who paid.

Ugandan officials have said the kidnapping victims were “rescued” from armed kidnappers who are still at large.

Ugandan President Yoweri Museveni said on Twitter that the security forces “shall deal with these isolated pockets of criminals.”

We shall deal with these isolated pockets of criminals. However, I want to reassure the country and our tourists that Uganda is safe and we shall continue to improve the security in our parks. Come and enjoy the Pearl of Africa.

The kidnappers had demanded a $500,000 ransom after grabbing Endicott and her driver from a group of tourists on an evening game drive on April 2, police said.

Endicott is from Costa Mesa, California, where she has a small skin care shop. She is in her 50s and has a daughter and granddaughter, according to Phoenix resident Rich Endicott, a 62-year-old banker who told The Associated Press he hadn’t spoken with his cousin since a family reunion several years ago.

U.S. Secretary of State Mike Pompeo had said at a Tuesday event for families of U.S. citizens held captive overseas that he understands some people want to do anything to get their loved ones back but paying ransom would just lead to more kidnappings.

Queen Elizabeth National Park, which is located near the porous border with Congo, is Uganda’s most popular safari destination. Its attractions include groups of tree-climbing lions.