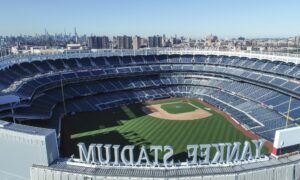 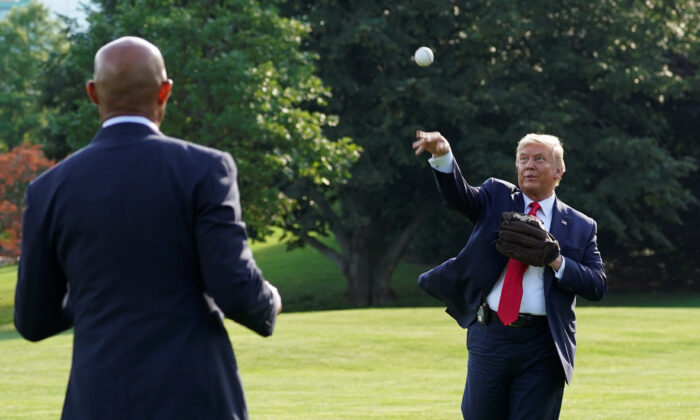 The Republican said at a briefing in Washington that Randy Levine, the Yankees president, asked him to throw out the first pitch.

“He asked me to throw out the first pitch, and I think I’m doing that on August 15th at Yankee Stadium,” Trump said.

The president mused on participating in an event that’s normally witnessed by thousands but will have few onlookers due policies put into place by Major League Baseball because of the COVID-19 pandemic.

“It’s going to be interesting, Mariano,” Trump told Mariano Rivera, a Yankees legend who was tossing a baseball around with Trump before the remarks. “He’s not used to that. I’ve been at many games. He walks in; the place goes crazy. I think it’d be just as good without the crowd. You were just born with it, you know. Some people are born with it.”

After praising Rivera, Trump said that groups and companies need to set examples for how to reopen and resume operations properly during the pandemic.

“I think Major League Baseball is setting the example by, you know, playing to empty stadiums, and so are other sports. You see that. Now, then they’ll allow a certain number in. I see golf is now—soon will be allowing people to come in, in percentages. And all of a sudden, we want to get back to normal,” Trump said.

Trump hasn’t yet thrown a first pitch during his presidency. He and other officials attended a World Series Game featuring the Washington Nationals last year, receiving a mix of boos and cheers.