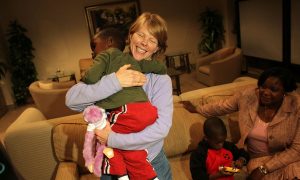 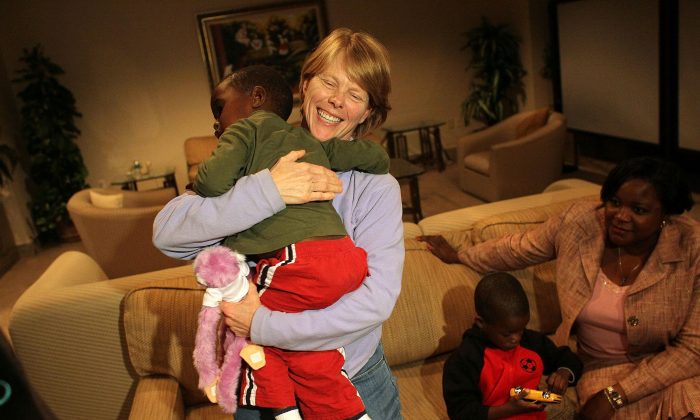 The Trump administration moved Friday to repeal rules barring faith-based adoption and foster-care agencies from serving children and families based on their religious beliefs. The move secures taxpayer funding for such groups even if their belief systems lead them to exclude LGBT applicants from consideration for fostering or adoption.

The U.S. Department of Health and Human Services (HHS) stated that a decision had been made not to enforce the Obama-era rules.

The Trump Admin is right to fix misguided Obama era regulations that threatened both children’s welfare and religious freedom. No adoption agency or foster care service should be penalized simply because they believe children deserve both a mom and a dad. https://t.co/rdyfsbIu74

In a statement, the HHA said that “Today, the Department of Health and Human Services (HHS) issued a Notice of Nonenforcement to inform the public that certain regulatory provisions in The Uniform Administrative Requirements, Cost Principles, and Audit Requirements for HHS Awards … will not be enforced because of serious concerns regarding the prior administration’s implementation of the Regulatory Flexibility Act, which governs the issuance of certain regulations.”

The final weeks of the Obama administration saw rules introduced that included sexual orientation as a protected trait under anti-discrimination regulations. This move put e.g., faith-based adoption agencies in a dilemma that pitted their religious beliefs against what they considered a compulsion to place children with same-sex couples if they wished to continue receiving government grant funding for their activities.

The United States Conference of Catholic Bishops made a statement to the effect that “To restrict faith-based organizations’ work by infringing on religious freedom … is unfair and serves no one, especially the children in need of these services.”

In a press release, the Family Research Council applauded the move by the Trump Administration. FRC President Tony Perkins said: “This is tremendous news for children, birth moms, and adoptive families, who want the opportunity to work with an agency that shares their values and core beliefs without fear of government discrimination.

“Thanks to President Trump, charities will be free to care for needy children and operate according to their religious beliefs and the reality that children do best in a home with a married mom and dad. Under the proposed HHS rule, faith-based adoption providers will no longer have to choose between abandoning their faith or abandoning homeless children because the government disapproves of their views on marriage.

“This is tremendous news for children, birth moms, and adoptive families, who want the opportunity to work with an agency that shares their values and core beliefs—without fear of government discrimination.” @tperkins #religiousfreedom #keepkidsfirst https://t.co/VsttyVT4fb

“The need for this action is unfortunately evident as various state and local governments have trampled upon religious freedom protections and the First Amendment, forcing the shut-down of faith-based adoption providers that decline to leave their faith at the door. Punishing adoption providers for their convictions only serves to hurt the vulnerable children who miss out on the opportunity to find a loving home with a mom and dad.

“Overextended, financially-strapped social service government agencies are unable to fill the void left by shuttered faith-based charities. We commend President Trump for his courage to stand up for vulnerable children, adoptive families, and those who serve them. This is a president who acknowledges that faith in God is central to the mission of faith-based adoption providers and the well-being of communities,” concluded Perkins.