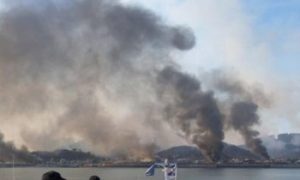 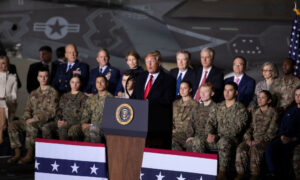 Does America Lack the Political Will to Defend Itself Against Rogue States?
0 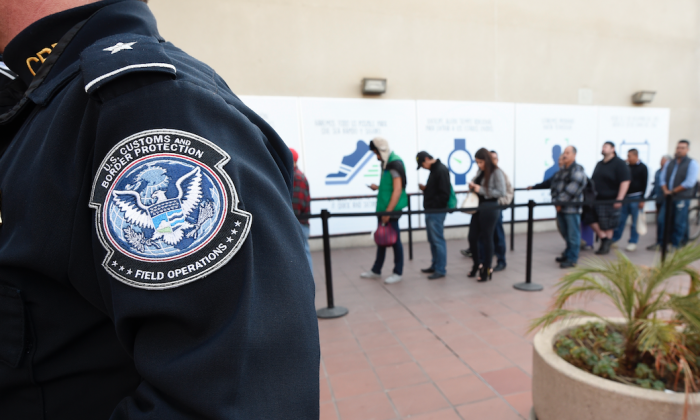 Pedestrians crossing from Mexico into the United States at the Otay Mesa Port of Entry wait in line in San Diego on Dec. 10, 2015. (By Denis Poroy/AP)
US News

President Donald Trump told reporters Wednesday that a partial closure of the Southern border is imminent. The president made the announcement at a White House Coronavirus Task Force Briefing, as the administration tries to “blunt” the effect of the pandemic.

It was announced earlier Wednesday that the United States and Canada had mutually agreed that their shared border should be closed to all non-essential travel, to help stop the spread of the CCP (Chinese Communist Party) virus, which is also known as the novel coronavirus.

At a Wednesday press briefing, a reporter asked Trump if he would close the border to Mexico, to which he replied, “We’re not going to close it. We are invoking a certain provision that will allow us great latitude as to what we do.”

The provision that the president was referring to is 42 USC 265, which would allow him to prohibit entry to certain people.

“The Surgeon General, in accordance with regulations approved by the President, shall have the power to prohibit, in whole or in part, the introduction of persons and property from such countries or places as he shall designate in order to avert such danger, and for such period of time as he may deem necessary for such purpose,” the provision states.

This provision would restrict entry to immigrants but would remain open to essential travel, including medical, military, and industrial cargo.

“The Government of Mexico has not received a formal request from the United States government in this regard,” according to a statement from Mexico’s Ministry of Foreign Affairs. “In the event that the proposal is made, once it is formally received the Government of Mexico will assess its scope and act on a sovereign basis in defense of its interests and considering public health and human rights, among others.”

Secretary of State Mike Pompeo wrote on Twitter Wednesday: “Spoke with #Mexico‘s Foreign Secretary @M_Ebrard about efforts to contain and mitigate #COVID19 through increased preventative measures. We will continue to work closely with Mexico on an effective, coordinated response and on securing our shared border.”

The U.S. Consulate in Mexico said it “has implemented temperature-screening measures at some of its airports. Passengers with abnormal temperatures and travel to high-risk areas might be subject to additional health screening. Beyond standard travel documentation, travelers to Mexico do not require any additional documentation to enter or exit.”

According to the consulate, there have been 93 confirmed cases of the virus in Mexico. “Authorities continue to investigate additional suspected cases. The Mexican Ministry of Health (Spanish) publishes daily updates on the number of cases.”

“I understand this new process will be disruptive to some travelers, however this action is needed to protect the general public from further exposure and spread of the coronavirus,” Wolf said. “Once back in the U.S. it is imperative that individuals honor self-quarantine directives to help protect their loved-ones and communities.”