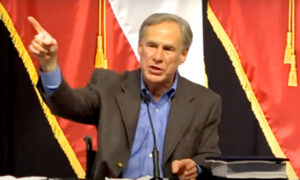 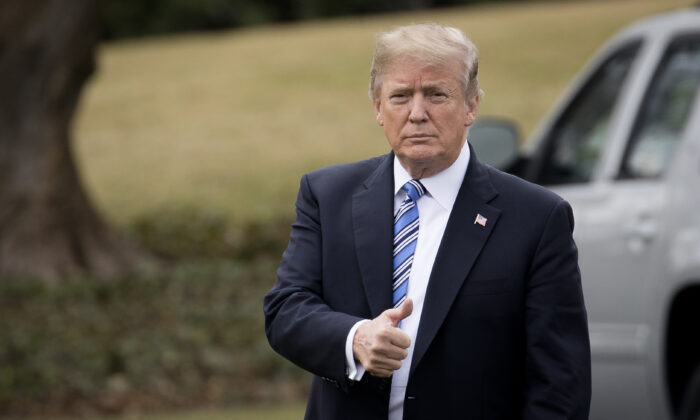 Former President Donald Trump plans to join Texas Gov. Greg Abbott during a June 30 visit to the southern border, according to a statement from Trump’s official website.

Trump said he accepted an invitation from Abbott, a Republican, to visit “our Nation’s decimated Southern Border.”

“The Biden Administration inherited from me the strongest, safest, and most secure border in U.S history and in mere weeks they turned it into the single worst border crisis in U.S history. It’s an unmitigated disaster zone,” Trump said.

“We went from detain-and-remove to catch-and-release. We went from having border security that was the envy of the world to a lawless border that is now pitied around the world.”

Illegal border crossings continue to climb since President Joe Biden took office in January. Border Patrol apprehended 180,000 illegal aliens in May, the highest total in 21 years. Customs and Border Protection (CBP) officials say the majority, more than 112,000, were expelled under the Title 42 emergency health provision put in place under Trump.

Upon taking office, Biden revoked, put on hold, or partly rescinded dozens of executive actions put in place by Trump to stem the flow of illegal aliens.

Trump has repeatedly denounced Biden over his handling of the border; Biden subsequently said the situation on the border is a “crisis.”

“Biden and Harris have handed control of our border over to cartels, criminals, and coyotes,” Trump said, referring to Vice President Kamala Harris, whom Biden tasked with handling the border crisis.

“What Biden and Harris have done, and are continuing to do on our border, is a grave and willful dereliction of duty. My visit will hopefully shine a spotlight on these crimes against our Nation—and show the incredible people of ICE and Border Patrol that they have our unshakeable support.”

Trump implemented Title 42 in March 2020, effectively closing the border to “nonessential” travel in an attempt to mitigate the spread of the CCP (Chinese Communist Party) virus, commonly known as the novel coronavirus. It allowed Border Patrol to turn back illegal border-crossers almost immediately, rather than going through protracted deportation proceedings.

The Biden administration has already exempted unaccompanied minors and many family units from Title 42, whereas single adults from Spanish-speaking nations are almost all still subject to immediate expulsion, according to Acting CBP Commissioner Troy Miller. But Border Patrol is also encountering more illegal aliens from non-Spanish speaking nations, Brazil and Haiti in particular, who Miller suggests aren’t being expelled.

The number of unaccompanied minors and individuals within family units dropped in May compared to April, but still comprised more than 33,000 apprehensions.

The Title 42 restrictions have triggered a higher-than-normal recidivism rate of illegal crossings, as single adults repeatedly attempt to cross and evade capture, according to the CBP.

During May, 38 percent of Border Patrol apprehensions were individuals who had at least one prior encounter in the previous 12 months. The average one-year re-encounter rate during the previous five years was roughly 15 percent, the CBP stated.

In addition, Border Patrol detected, but didn’t capture, more than 51,000 illegal border-crossers in May, according to statistics obtained by The Epoch Times.