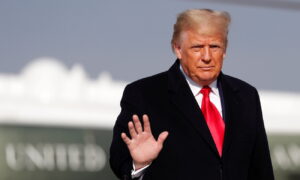 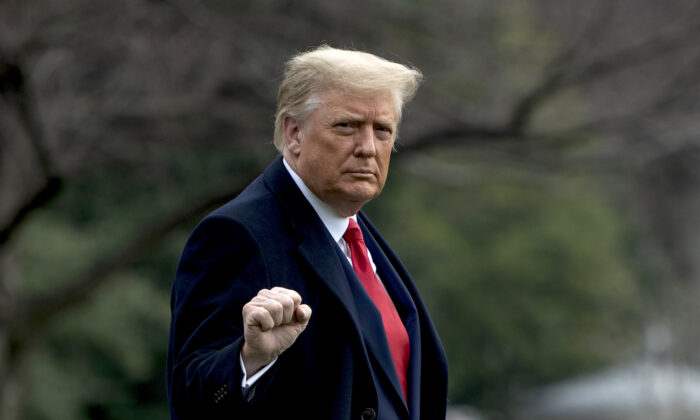 Trump to Hold Rally in Georgia Ahead of Senate Runoffs

President Donald Trump will hold a rally in Georgia next week for Sens. David Perdue (R-Ga.) and Kelly Loeffler (R-Ga.) ahead of the crucial U.S. Senate runoffs set to determine control of the upper chamber.

“On behalf of two GREAT Senators, @sendavidperdue & @KLoeffler, I will be going to Georgia on Monday night, January 4th., to have a big and wonderful RALLY. So important for our Country that they win!” Trump wrote in a tweet.

The Republican National Committee (RNC) announced it will host the “Victory Rally” in Dalton, Georgia, with speakers to include Perdue and Loeffler.

At a Dec. 5 rally in Valdosta, Georgia, Trump called the runoffs, which pit Perdue and Loeffler against Democratic challengers Jon Ossoff and Raphael Warnock, “the most important congressional runoff, probably in American history.”

The Jan. 5 runoffs are key for both parties, with control of the upper chamber hanging in the balance. Republicans currently hold 50 seats in the Senate, meaning if Democrats win both runoffs and prevail in the contested presidential election, the party would gain control of the White House and both chambers of Congress.

“At stake in this election is control of the U.S. Senate and that really means control of this country,” Trump said at the Dec. 5 rally. “The voters of Georgia will determine which party runs every committee, writes every piece of legislation, controls every single taxpayer dollar.

Democrats hope to turn the Senate blue in the runoffs, with Ossoff and Warnock together raising over $210 million in two months for their bids to unseat the two Republican incumbents, who have raised a total of around $132 million, according to fundraising figures cited by The Wall Street Journal.

Republican voter George Peterson told The Associated Press that he and his wife plan to back the GOP incumbents.

“We would like to see a balance of power between the three branches, and we are not completely comfortable with the agenda of the left wing,” Peterson said. “We’re that mythical middle you’re looking for,” adding that the Democratic Party would need to make “dramatic” changes on issues for him to consider supporting its candidates.

Through Dec. 25, over 2 million people in Georgia had already cast early ballots for the runoffs, according to the U.S. Elections Project, with early-voting figures pointing to a potentially record turnout.