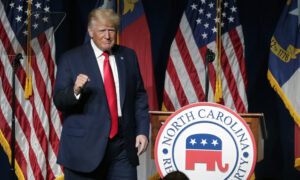 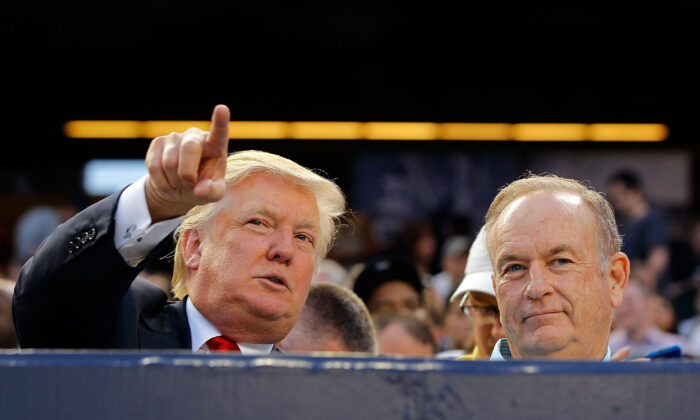 Trump to Hold ‘History Tour’ With Bill O’Reilly in December

Former President Donald Trump will conduct a series of four live “The History Tour” conversations across the nation in December with Bill O’Reilly, the former Fox News host announced on Monday.

During the live conversations, Trump will provide a “never before heard inside view of his administration—which will be historical in and of itself,” O’Reilly’s news release states.

“These will be wonderful but hard-hitting sessions where we’ll talk about the real problems happening in the U.S., those that the Fake News Media never mention,” Trump said in a statement. “I will be focusing on greatness for our Country, something seldom discussed in political dialogue. If we don’t make our Country great again, we will soon no longer have a Country!”

“I look forward to working with Bill, who right now has the #1 bestselling book, to openly discuss the real problems of our Country, and how to solve them. Additionally, it will be fun, fun, fun, for everyone who attends!” Trump added.

Trump is likely referring to “Killing the Mob,” a book co-authored by O’Reilly and Martin Dugard, currently The New York Times’s number one bestselling nonfiction book, print and e-book combined. This book is the latest in O’Reilly’s bestselling “killing series.”

“My job as a historian/journalist is to get important things on the record in a fact-based way. These conversations with the 45th President will not be boring,” O’Reilly said in the statement.

O’Reilly was the top host at Fox News with the highest-rated cable news show for years. Fox News decided to cut ties with O’Reilly after reports that he paid tens of millions of dollars to settle various sexual misconduct lawsuits.

Trump has promised to remain active in politics and has hinted at his 2024 run multiple times lately.

Over the weekend, Trump delivered a speech at the North Carolina Republican Party annual convention, the second major public appearance since he left office.